George Hughes, 57, was last seen on May 16 in Newtown Township 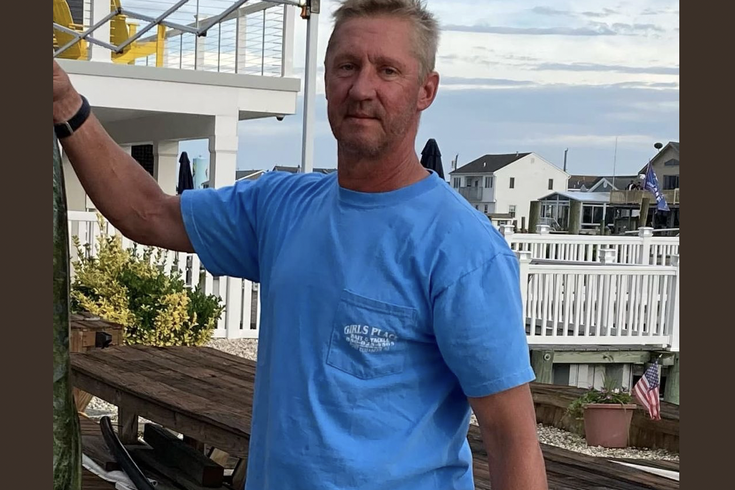 George Hughes, 57, was reported missing by his family in Delaware County after he was last seen on May 16. Marple Township police are seeking assistance from the public to help locate Hughes.

Marple Township police are assisting a Delaware County family in their search for a local business owner who has been missing for a week and may be in trouble.

George Hughes, 57, was last seen outside the Fine Wine & Good Spirits store in the Edgemont Square Shopping Center in Newtown Township on May 16. He had left his business, Broomall Auto Body, around 11 a.m. and was in the area of the liquor store between 2-4 p.m., his family said.

Hughes' sister, Debbie O'Connor, told FOX29 that her brother had gotten into an argument with a family member and had been struggling with a recent death in the family.

"This is not characteristic of him. He has never taken off like this before and we don’t understand what has happened," O’Connor said. "He has a ton of friends, a ton of people that love him."

Kevin Ryan, a private missing person investigator, who has worked on a number of high profile cases in the region, told the Marple Newtown Patch that Hughes left his car at his business.

On Sunday, Ryan led a team of about 60 volunteers in a search for Hughes at Ridley Creek State Park and at the Edgemont Square Shopping Center. They were unable to locate Hughes.

Family members said they were concerned because Hughes is without his daily medications.

Hughes is described as 6-foot tall and 165 pounds with blue eyes and blonde-grey hair. He was last seen wearing blue jeans, a t-shirt and sneakers.

Anyone with information about Hughes' whereabouts is asked to contact the Marple Township Police Department at (610) 356-1500 or private investigator Kevin Ryan at (610) 592-4262.