The School District of Philadelphia opposes the ordinance, saying that the changes would delay existing efforts to remediate asbestos and other facility issues 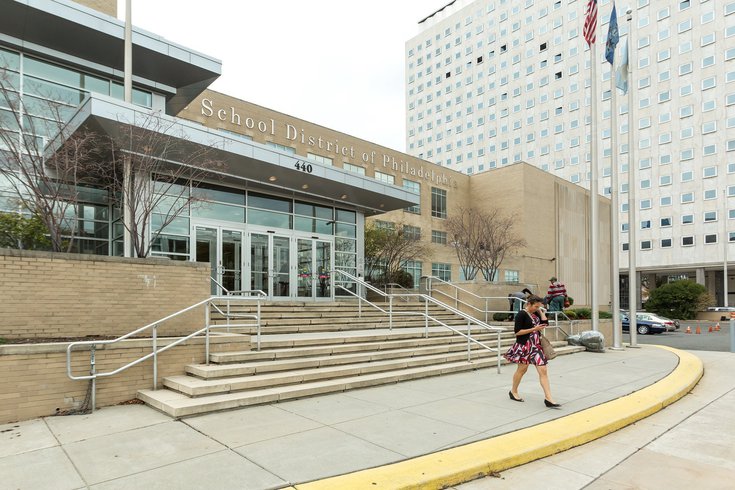 City Council unanimously passed an ordinance that would require asbestos to be included on the list of property-related hazards that inspectors must check for before allowing school buildings to open.

The ordinance was originally introduced in September, and stalled in Council as lawmakers grappled with whether to include expanded standards for mold testing along with the addition of asbestos.

Currently, inspectors must check for fire and electrical safety, lead paint and water quality before granting a certificate to a school facility. The ordinance would also require the city Department of Public Health or another third party testing agency to certify that each individual school is in compliance with "best practices" for testing, remediation, abatement, cleaning and management of asbestos every three years.

One third of Philadelphia's schools would be inspected each year, with special certificates released in August ahead of the new school year. Inspection results would need to be made public within 10 days.

Councilmember Derek Green, who introduced the bill, said that Mayor Kenney's administration has signaled support for the ordinance. If it is signed by the Mayor, the new standards will go into effect this August, and the new regulations will be implemented over the next three years.

"As the parent of a child in the Philadelphia School District as well as the son of a retired Philadelphia public school teacher, I can't begin to describe my feelings regarding this issue and how crucial it is that we demand more transparency and better outcomes from school district leadership," Green said. "Since our children returned to the classroom last fall, after 18 months of online instruction and virtual learning due to the COVID-19 pandemic, the realization of just how in the dark we were, about what is really going on in our school facilities — whether our kids, teachers and faculty spend much of their time — was evident and stark."

The ordinance would also create the Facility Safety and Improvement Advisory, a voting board that would oversee the testing and remediation process, and make recommendations for additional property-related hazards.

Each member of the committee would be appointed by the Mayor, and would also include up to three students from the School District with non-voting participation.

Other include representatives from the Laborers District Council of the Metropolitan Area of Philadelphia, the International Association of Heat and Frost Insulators and Allied Workers, the Philadelphia Building and Construction Trades Council and a member of City Council.

Officials from the School District of Philadelphia have opposed the ordinance, saying that it would delay existing efforts to remediate asbestos from its schools and be in direct conflict with a federal law that governs health and safety of school buildings.

In it, she noted that while they understand the concern for the safety of children inside of the School District's buildings, they want to work with city government to determine what additional actions and resources can be utilized to speed of the process.

"We know this ordinance on its face might seem a wise additional layer of accountability, especially where public trust in the District has been challenged," Wilkerson said. "However, the reliance on non-experts and ad-hoc standards will make compliance impossible and subvert the safety goals this ordinance is intended to address."

Wilkerson took particular issue with the ordinance's reliance on "best practices," noting that there are already expert-guided regulations in place both in Philadelphia and federally that govern health and safety practices. She noted that the federal law already requires three-year inspections and 6-month surveillance for remediation projects.

Wilkerson pointed to the City Controller's interactive map of asbestos projects in Philadelphia schools as a method for the city to educate the public and address ongoing concerns about the safety of school facilities.

Though the city controller is unable to conduct performance assessments of the School District of Philadelphia as it falls outside of her responsibilities, her office compiled the data in order to educate school communities about issues within their school facilities.

The School District has dealt with complaints regarding the condition of its aging school facilities, particularly as the return to in-person learning last fall was made slightly more difficult for students at schools like Julia R. Masterman and SLA Beeber, as both schools had exposed asbestos in their facilities just days prior to the start of the school year.

Teachers at Masterman taught outside, while students at SLA Beeber temporarily returned to virtual instruction.

As a result, the District has made efforts to resume its mandated water quality testing and other remediation efforts. Earlier this month, the School District launched a new website to track recommendations for how to make best use of its aging facilities. Officials plan to use funding through the American Rescue Plan to address the changes.