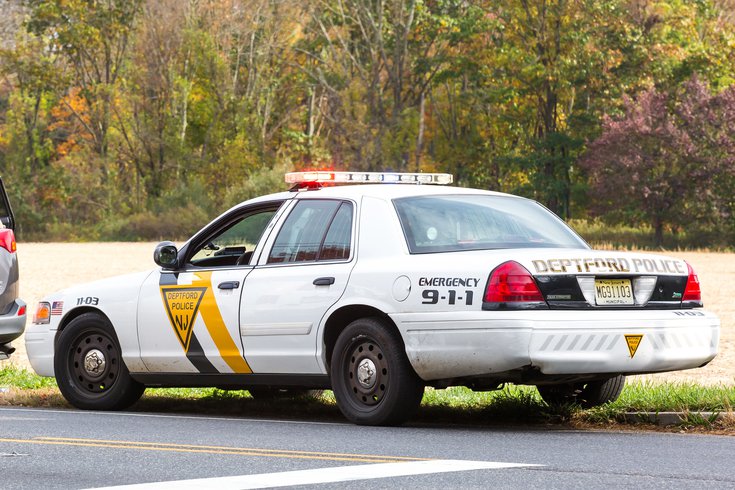 New Jersey Gov. Phil Murphy and Acting A.G. Matthew Platkin proposed legislation to create a statewide program for police licensing in the state. If passed, the Police Training Commission would have the authority to provide or revoke licenses for cops to be employed in New Jersey.

A program in New Jersey that would require all police officers to hold professional licensing in order to be employed in the state was endorsed by Gov. Phil Murphy on Wednesday.

The proposed legislation would allow the state's Police Training Commission to create licensing requirements for police officers, as well as a decertification process. New Jersey is currently one of only a handful of states that does not have police licensure which can be revoked for misconduct.

Murphy and Acting Attorney General Matthew Platkin, along with supporters from the state's police unions and other criminal justice reform advocate groups, urged the state legislature to approve the legislative package.

The efforts are a culmination of more than two years of advocacy in New Jersey, following a Woodlynne police officer being charged with assault for pepper spraying two teenagers in 2020. Though former officer Ryan Dubiel later plead guilty to the charges and was sentenced to one year of probation for the incident, an investigation found that his professional history as a cop was littered with controversial social media posts and complaints about arrests leading to injury.

During his time as a police officer, Dubiel worked for nine different police departments. Since New Jersey does not have a statewide police licensing program, he was able to move from department to department without legal accountability for misconduct.

In June 2020, under Grewal, the PTC, which establishes professional standards for law enforcement in New Jersey, unanimously approved a statewide police licensing program. The standards overhaul requires any person seeking to become a police officer (or retain their status as an officer) to obtain a license and maintain those standards in order to remain employed.

In order to implement the program in police departments, both Murphy and Platkin discussed the effort for transparency and accountability for police, noting that the proposed legislation will keep New Jersey in line with the majority of the country.

"At the end of the day, that's a good thing because this license and all it will represent will lift up the overwhelming majority of men and women working honestly and diligently to keep our communities safe," Murphy said. "It will send a strong message that our cops and corrections officers are living up to their oaths, both in word and in deed."

The proposed legislation would require all law enforcement officers to meet a set of uniform standards in order to be employed as an officer in New Jersey. The PTC would be able to take actions against the licenses of officers who violate those standards or engage in illegal or improper conduct.

The PTC would establish the process for applying and maintaining licensure and officers would be required to renew their license every three years.

The application process would include a psychological examination, maintaining ongoing post-academy professional training and not engaging in some improper conduct – including social media posts and being an active member of a group that advocates for a "violent overthrow of the government" or that discriminates based on classes protected by the Law Against Discrimination.

Protected classes under the LAD include race, religion, sex, gender, sexual orientation, disability and national origin or nationality, among others.

The PTC would be able to suspend, revoke, deny or place certain conditions on licenses following a hearing. Law enforcement agencies must tell the PTC as an officer leaves their employment for any reason, and hiring agencies must request that reasoning from the PTC, particularly if an officer is fired for a criminal conviction, domestic violence, or for losing a firearm.

If the legislation is passed, the PTC would expand, with two additional members being appointed by the governor.

The proposal has widespread support from the police union and criminal justice reformers alike. Both the New Jersey Fraternal Order of Police and the State Troopers Fraternal Association of New Jersey spoke in support of Murphy and Platkin's initiatives to step in line with the rest of the country and improve public trust in law enforcement.

"New Jersey's Black residents are three times more likely to have force used against us than our white counterparts and excessive force claims cost New Jersey taxpayers millions each year," said Rev. Charles Boyer, pastor at the Bethel AME Church and executive director of Salvation & Social Justice, United Black Agenda. "This proposed legislation is not only timely but a critical step in the right direction."

Though the proposal has widespread support, the legislation must be approved by both the state Senate and Assembly before it is able to be implemented. There is no timeline on when a vote will be called on the legislation.