Crime in Glenwood is down about '80 percent,' according to the 12th and Cambria Advisory Board 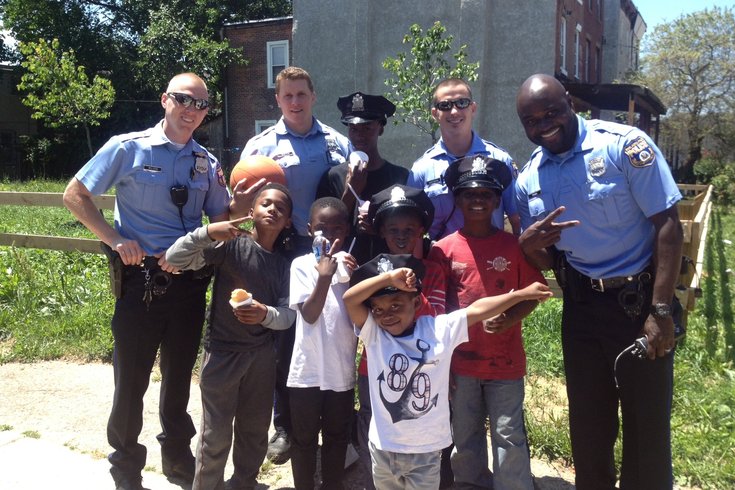 Courtesy of the 12th and Cambria Advisory Council/for PhillyVoice

Members of the 25th police district joke with children who live near the rec. center at 12th and Cambria Streets in the city's Glenwood neighborhood.

They call it the "new City Hall."

That's because the recreation center at 12th and Cambria streets in the city's Glenwood section of North Philadelphia has become a community hub after residents banded together about two years ago to take back their neighborhood.

It's a neighborhood in the middle of the city's 25th Police District — a district that Captain Michael Cram has said has "some of the top open-air heroin markets in the city" — but members of the 12th and Cambria Advisory Board say they've made a significant impact on crime.  The neighborhood has had one of the high rates of crime in the city.

"Some of the guys — a lot of them, really — selling drugs on the corners out here, they have kids that play down here," said Ricardo Rose, member of the board. "Because of that, the rec center is off-limits."

According to Michael Abdullah, vice president of the board, crime in the community is down about "80 percent" thanks to the board's ongoing efforts.

Rose said that before the advisory board started working to push back against the criminal element in the neighborhood, some residents were scared to talk to police for fear of repercussions. Others felt they only had negative interactions with police.

"Police used to just drive by," he said. "So we said we wanted them to talk to the community. We started taking children down to meet the police... Once you have that relationship, you'll have a whole new view of the police."

And, recently, the board was equipped with some additional tools to help curb crime.

Thanks to Local Initiatives Support Corporation, or LISC, the advisory board was part of a pilot program that helps neighbors in North Philadelphia, Kensington and West Philadelphia to cut crime by promoting relationships with the police that patrol their streets. The program also teaching practical, crime-fighting tips, including the best positions to locate security cameras, how to tend outdoor foliage to create sight lines and eliminating places in the community where criminal activity can hide.

LISC is a national non-profit organization that equips struggling communities with the "capital, strategy and know-how" to become places where people can thrive – with homes, jobs and community improvements. It has had offices in Philadelphia since 1981. Its program also was put to work in neighborhoods in the 19th and 14th Police Districts.

"It's important to have an organizations like this to come into our community and understand the problems," said Rose.

Community policing is nothing new. 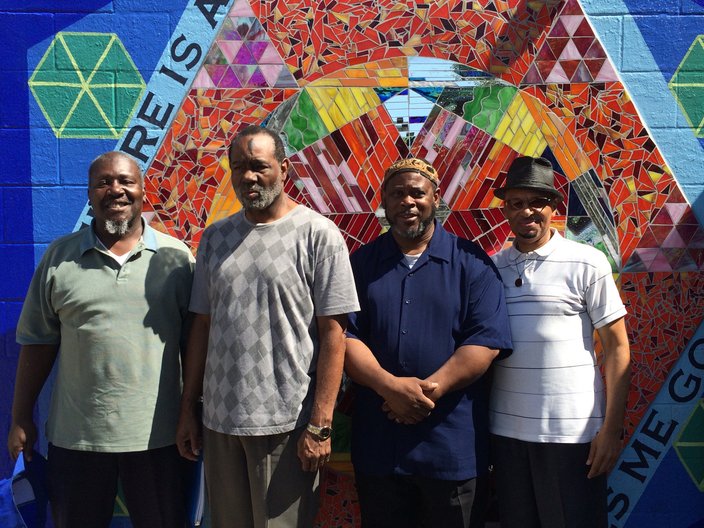 Members of the 12th and Cambria Advisory Board at the rec. center they have worked hard to improve. From left to right, Norman Wooten, Nkrumah Olinga, Michael Abdullah and Ricardo Rose.

Members of the 12th and Cambria Advisory Board take pride in their efforts to bridge the resident-police gap. Before LISC's program, Abdullah said, the importance of working closely with the officers already was understood.

"A lot of these concepts we were already doing... It's a relationship, the police know our names," he said. "In this neighborhood, an officer can say 'Stop what you're doing or I'll tell your parents.' You don't have to arrest everyone for everything, and people don't need to be scared to talk to the police."

Melissa Kim, program officer at LISC, said the safety pilot program was never about teaching communities to work with police from the ground up. Instead, she said, the idea was to help reenforce the work already done by the group, and help them discover new tools.

"It really grew out of the need for community safety," she said.

Kim said the program aimed to provide neighbors with ownership of their communities. Neighbors attend workshops, tour their communities to located problem areas and get crime-fighting projects.

"Things aren't perfect, yet. People in my district have been really stressed by violence in their community. But I really see a big difference." — Police Captain Michael Cram of the 25th District.

The 12th and Cambria Advisory Board members said their project was to keep people from smoking marijuana near the rec center. Abdullah said that adjusting the center's security cameras helped catch offenders on video.

"Once we got them on camera, they stopped coming around," said Norman Wooten, a board member. "They aren't gone completely,  but now they know they are on camera."

"The point is, we what to better educate the community and the police on how community policing works," he said. "We need to help empower groups to take back their community."

The program only ended recently, so Cram said it's too early to determine if crime in the community has been impacted, but he does believe he has seen a difference already.

"Things aren't perfect, yet. People in my district have been really stressed by violence in their community. But I really see a big difference," he said. "Not everything is measured by statistics... But there's this feeling you get when you're out there."