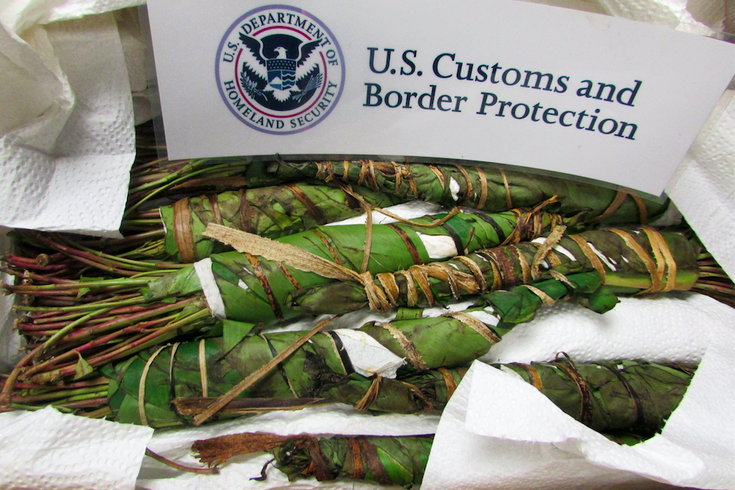 Four express international parcels of stimulant drug khat seized in Philadelphia on Oct. 25, 2017. The parcels were sent from Germany with a final destination in Minnesota.

The leafy green, chewable plant, generally grown in the Arabian Peninsula, was packaged in Frankfurt, Germany and intended for a recipient in Minneapolis.

CBP's National Targeting Center, a national security and counterterrorism unit, assisted Philadelphia officials in flagging and identifying the contents of the parcels on October 25.

Investigators found about 68 pounds of khat distributed across the four parcels, with a total street value of about $18,000.

“Khat remains illegal to import into the United States and so CBP officers will continue to seize khat when we encounter it. Drug interdiction at our nation’s borders is one way in which CBP helps to keep our communities safe," said Joseph Martella, Acting CBP Port Director for the Area Port of Philadelphia.

The World Health Organization classified khat, whose two main components are cathine and cathinone, as a drug of abuse in 1980. The U.S. Drug Enforcement Administration considers it a schedule 1 narcotic when its leaves are freshly picked, placing the drug in the most restrictive federal category.

No arrests have been made in last week's seizure and an investigation remains ongoing.