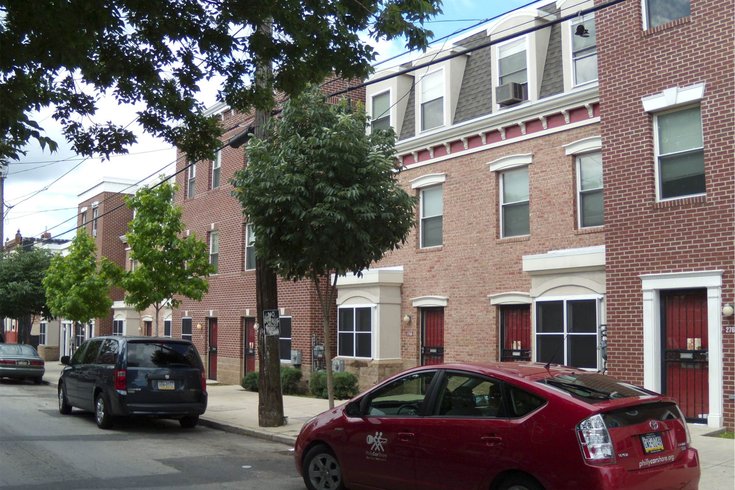 The Iris Nydia Brown Townhouses at 2744 N. Mascher St. in the Fairhill section of Philadelphia were developed by the Women's Community Revitalization Project.

City leaders in Philadelphia are reaching out to residents to encourage action against the Trump administration's plan to cut funding for the Department of Housing and Urban Development, a move the Kenney administration says will gut local resources for critical programs.

“Cuts to HUD would be disastrous to Philadelphians of all walks of life,” Mayor Kenney said in a statement. “It’s important that residents know about all the important programs that these funds support, including those that keep people in their homes, help small businesses and strengthen our neighborhoods through economic development.”

While the Trump administration has pledged to maintain assistance levels for the nation's 4.5 million low-income households, many cities now face uncertainty over current and future projects that benefit from the Low Income Housing Tax Credit (LIHTC). Designed to entice investors and banks to support affordable housing with dollar-for-dollar offsets to corporate income tax, the value of the program could be threatened by Trump's goal to reduce the corporate tax rate from 35 percent down to 15 or 20 percent.

Combined with cuts to HUD, this could have a significant impact not just on future affordable housing commitments, but on a variety of community development programs that keep existing low-income housing in a livable state. Such programs help manage vacant land, prevent foreclosures, fund repairs to substandard homes disaster-stricken neighborhoods, and provide transitional and emergency housing for the homeless.

Speaking Wednesday during a housing authority "listening tour" in Dallas-Fort Worth, HUD Secretary Ben Carson said he hopes to oversee a scaleback of his department's housing programs over the last several decades.

City Council President Darrell Clarke warned that stripping back HUD will impact not only housing, but small business incubators and transformations to the city's waterfront.

“Every Philadelphian should be concerned about the grave negative impacts proposed funding cuts to HUD would have on our neighborhoods and quality of life,” Clarke said “If you care about your block and your future, use this action guide to become an informed and effective advocate for Philadelphia.”

“Every day, programs funded by HUD keep Philadelphians in their homes and strengthen our neighborhoods,” 7th District Councilwoman Maria D. Quiñones Sánchez added. “The Trump administration’s proposed cuts would hurt our most vulnerable residents and would devastate our local economy."