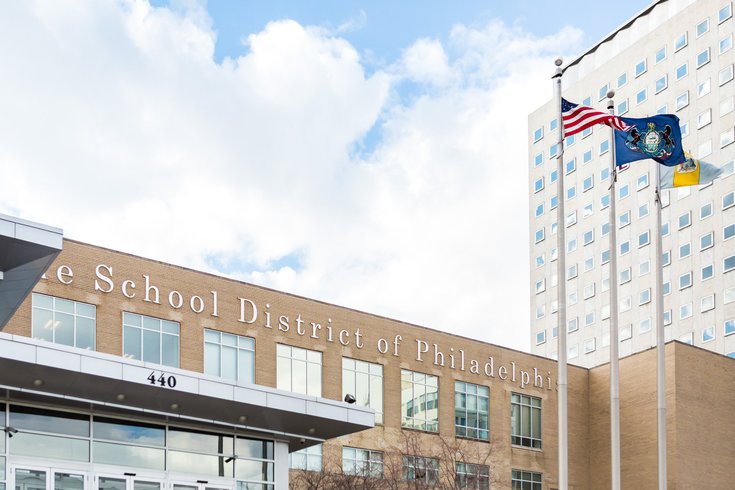 Members of the Philadelphia Student Union voiced their disapproval of the school district's plan to rebrand school police as 'safety officers.'

The School District of Philadelphia plans to transform the duties of its school police officers, rebranding them as so-called "safety officers" responsible for mentoring students. But a group of students says the move fails to satisfy their policing concerns.

The change had been underway before the killing of George Floyd, a Black man who died at the hands of Minneapolis Police, sparked a nationwide movement calling for police reform.

School Security Officer Kevin Bethel first outlined the reform at a school board meeting in May, noting uniforms will be "softer" and officers will undergo continuous training on adolescent development, trauma-informed policing, de-escalation strategies and mentoring skills.

The name change is partly the result of a change in Pennsylvania state code, which now only allows sworn officers to serve under the title of school police. The district's officers do not meet that standard.

The officers carry handcuffs but not firearms. They staff the metal detectors stationed at the city's high schools, among other responsibilities.

At a virtual school board meeting Thursday, board member Lee Huang said officers will move to focus on "caring for students than surveilling them," The Inquirer reported.

Protesters across the nation have advocated for the removal of school police in their calls to defund police. School districts in Seattle, Portland, Minneapolis and Oakland have moved to scale back policing.

Members of the Philadelphia Student Union, a group of youth that has campaigned to replace school police with community members trained in de-escalation and restorative justice skills, addressed the school board Thursday, saying the current reform effort doesn't do enough.

The @PHLschoolboard action meeting has just kicked off! Are you tuned in?! Join us as we #Live Tweet updates and call for our decision-makers to follow the lead of other cities by creating #PoliceFreeSchools here in our city. pic.twitter.com/oX9eg5150G

"Changing the uniforms that school police wear won’t change the dynamic between Black students and school police," a Masterman High School student said, according to the PSU's Twitter account.

A petition created by the group advocating for police-free schools has gathered more than 13,000 signatures. The group also has argued that the $31 million the district spends on school security would be better allocated to ensuring schools have enough librarians, counselors, nurses and teachers.

If U had to choose would you rather have ur child attend a school that has enough #librarians #counselors #nurses & #teachers ..... or school police ? @PHLschools currently spends $31 million on school police but couldn’t that go to hiring more support staff?#PoliceFreeSchools pic.twitter.com/fcPG13eEHa

City Council Member Kendra Brooks also called for the removal of police, connecting the issue of school policing to the policing problems occurring in under-resourced and predominantly Black communities.

"When we talk about police in schools ... it's important to note who gets policed," Brooks said.