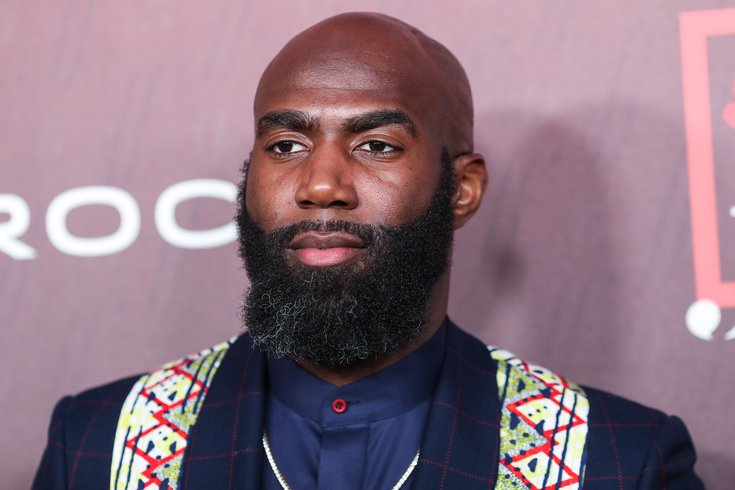 Malcolm Jenkins addressed the 13,000 high school graduates of Philadelphia during a virtual graduation ceremony on Tuesday and urged them to take control of their futures.

The School District of Philadelphia held a virtual commencement ceremony for the Class of 2020 on Tuesday, and among the highlights was the keynote address from former Eagles' safety Malcolm Jenkins.

Jenkins, who spent six years in Philadelphia before rejoining the New Orleans Saints this offseason, opened up his 9-minute speech by saying that he still considers the city his home and that no other city "understands and embodies grit, determination, and perseverance" like Philly.

The 32-year-old Jenkins called on the city's 13,000 high school graduates to "decide what your future will be."

"Each one of you is special, for you have done the work to get you to this proud moment of being a high school graduate," Jenkins said. "I'm proud of you."

"I hope that you are proud of you," he continued. "I know that your teachers and mentors and parents and friends are proud of you too. But it's up to you to decide what your future will be."

The Super Bowl champion Jenkins also shared an interesting story—that he at one point didn't want to play in the NFL and actually quit playing football.

"I didn't grow up dreaming to be an NFL player," Jenkins said. "In fact, there was a time I quit playing football in middle school. But I had a coach and some parents that convinced me to come back, and others who pushed me to work harder and become a better person. Not just on the football field, but off."

"Taking the easy way out is a choice, but I hope you hear me loud and clear. You will decide your future. You are valued."

Jenkins, who has participated in several of the protests across Philadelphia in the wake of George Floyd's death, also called upon the graduates to use their voices and fight for change.

"One of you could be our future mayor, the president of the City Council, or the police commissioner," Jenkins said. "That might seem far away but what you can do now is register to vote, talk to your parents or another trusted adult, and use your voice to make our community the way you want it to be. You do have this power. And I hope every single one of you uses it."

You can watch Jenkins' entire address and the full ceremony here.

City officials such as Mayor Jim Kenney and Superintendent Dr. William Hite, as well as Black Thought from The Roots and former Eagles' safety and Hall of Famer Brian Dawkins, also addressed the graduates.

It was also announced during the ceremony that the Malcolm Jenkins Foundation has created a career training program called the Power Pathway Academy for youth ages 13-23 to learn skills for different vocations in the digital workspace.

The virtual graduation ceremony for the Class of 2020 was held in place of typical commencement events that were cancelled due to the COVID-19 pandemic.