Philadelphia should get $50 million for Democratic National Convention 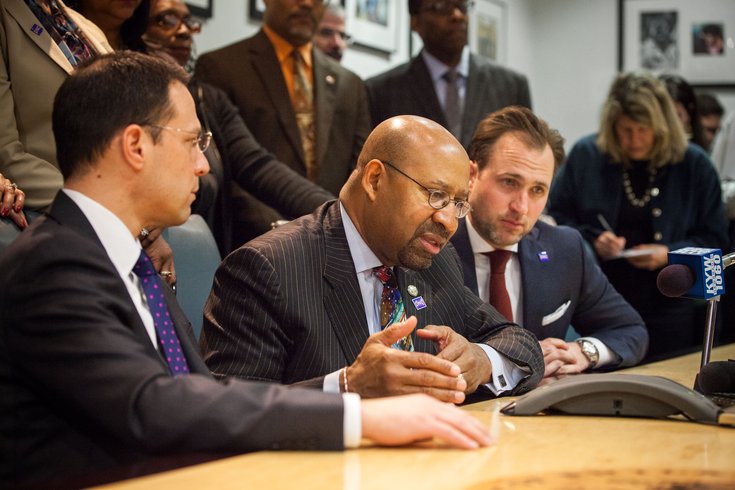 Mayor Michael Nutter on a conference call accepting the nomination for the 2016 Democratic National Convention to be held in Philadelphia.

Getting hit with a bill for $8 million for costs related to Pope Francis' visit wasn't pleasant. But at least Philadelphia can expect more substantial financial aid for the city's next major event: the Democratic National Convention.

Assuming that Congress passes the upcoming spending bill, Philadelphia should get $50 million in federal funding to help pay for security costs during the July convention.

Cleveland, which is hosting the Republican National Convention, will also get $50 million.

Mayor Michael Nutter thanked the congressmen who represent the Philadelphia area, as well as the convention's chairwoman, Debbie Wasserman Schultz,  when he announced the funding on Wednesday.

Congress will vote on the $1.1 trillion spending bill on Thursday, USA Today reported.