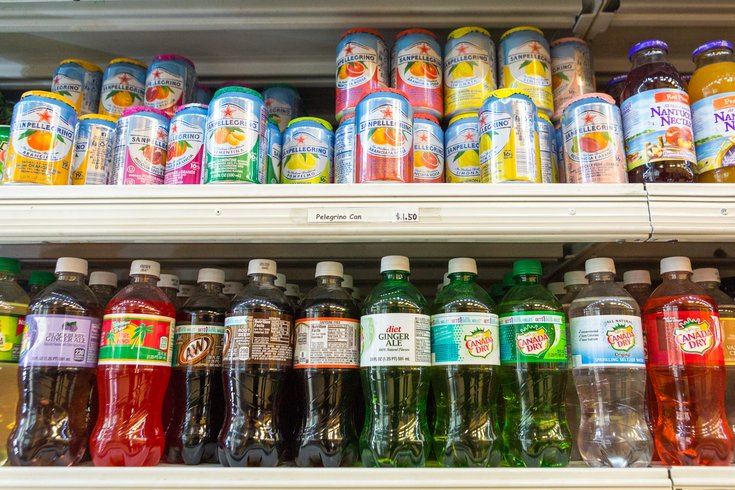 Soda and sugary drinks on a shelf at a store in Center City Philadelphia.

City Controller Rebecca Rhynhart released a searchable data set on Tuesday that provides access to all revenue and expenditures for the tax since it was enacted in January 2017.

The 1.5-cents-per-ounce tax on sugar-sweetened beverages survived a fierce political battle in 2016 as Mayor Jim Kenney touted it as a funding stream for universal pre-K, community schools and the revitalization of Philadelphia's playgrounds, recreation centers and libraries.

A lengthy legal challenge to the tax ultimately was shot down by the Pennsylvania Supreme Court in July. The appeals process required the city to put a hold on the vast majority of the funds collected, resulting in just $35.85 million in expenditures from $137.05 million collected.

Rhynhart had criticized the Kenney administration for keeping the revenue in the city's general fund rather than creating a segregated reserve account.

"The use of a segregated reserve account would ensure that revenue is spent only on earmarked programs and would promote transparency by making it easier to track revenue to expenses," Rhynhart's office said in a statement accompanying the data release.

In fiscal year 2018, Philadelphia's first full year of the tax, the city collected $77.4 million — short of the mayor's initial annual projection of $91 million. From the first year of collections, $19.1 million was spent on pre-k, $1.7 million was spent on community schools and just over $507,000 was spent on the Rebuild initiative. The remaining $56.2 million from that fiscal year is still in the general fund.

Mike Dunn, spokesman for Mayor Kenney, provided the following statement on the soda tax revenue's placement in the general fund.

We have said from the start, when the tax was first proposed to City Council nearly three years ago, that the collections would rest in the General Fund.  A basic budgetary process true of all taxes is that the collections aren’t segregated into their own funds — that’s something more appropriate for a fee or a reimbursement for a particular service.  At the same time, we do know how much we’re receiving in beverage tax funds, and we are tracking how that money is spent and how much is reserved. This ensures that, over the course of our Five Year Plan, the funds are spent as planned.

Spending is likely to increase significantly in fiscal year 2019 as the city undertakes its first wave of projects for Rebuild. Most of the funding for the initiative will come from a $300 million bond issue backed by revenue from the soda tax.

The data provided by the controller's office, taken directly from Philadelphia's general ledger system, can be broken down by fiscal year and city program, enabling users to examine each individual vendor and payroll expense.