With sports still on hiatus, documentaries about sports have taken center stage, as The Last Dance — ESPN's look at the Bulls of the 1990s — became the talk of all sports fans for an entire month. A riveting doc on Lance Armstrong followed on the Worldwide Leader, with a Roy Halladay retrospective set to air soon too.

Our appetite has been made even more insatiable — Philly sports fans want more. What subject matters (and with what formats) do we need to see documentaries take a look at? Out of hundreds to potential storylines, we picked out a few of our favorites.

We tried to avoid topics that existing documentaries hit on, like 1985 Villanova (in ESPN's Big East doc) or the early Flyers (HBO's Broad Street Bullies).

Here are some Philly sports documentaries they just have to make:

Like ESPN's The Last Dance, these subject matters are so rich with intrigue a single episode could not do them justice.

This one was already broken down in detail by our Sixers beat writer Kyle Neubeck. The ten episodes are as follows:

Episode 1: How did they get here?

Episode 8: All about the Benjamin

Most of the titles for Neubeck's episodes are self-explanatory to hardcore Sixers fans, but you can read the full episode breakdowns, here.

"Whoop there it is," the Phillies in 1993 may be the most lovable team ever not to win a title in the city. The team had absolutely everything including drama, a memorable cast of characters, triumph and heartbreak. They were as colorful as it gets, as they came out nowhere and were a painfully close to winning a World Series title.

This doc would interview all the principle players and follow the team from its origins, through the regular season and into the incredibly memorable postseason.

Ranging from 60 minutes, to 90, or even 120, these topics are perfect for a feature length film.

The Rise and Fall of Chip Kelly

From his revolutionary offense at Oregon to his explosive debut against the Redskins in 2010, to front office strife, his firing, and his eventual failure and embarrassment, the story of Kelly is one Eagles fans are still trying to wrap their heads around.

Featuring in-depth interviews with Kelly himself, Howie Roseman, LeSean McCoy, DeSean Jackson and others, this uncensored doc would get to the bottom of what really happened during his tumultuous tenure as Eagles head coach.

He was one of the best Eagles' players of all time, but his life was tragically cut short by a car crash at age 27. Just how good was he? How good could he have been? There have been far too many star players in this city whose lives have been cut short, like Brown, Halladay, Pelle Lindberg and others. Halladay is getting a doc, Lindberg was featured in HBO's Broad Street Bullies — it's time for fans to learn about how great Brown and the early 1990s Eagles defense was.

The Round Mound of Rebound: Charles Barkely's story

He started in rural Alabama and became a star with the Sixers, struggling to keep his weight in check. What led him to force a trade to Phoenix?

Focusing on but not limited to his time in Philly, a look at Barkley's career would be fascinating. He's had incredible success in the NBA but never won a title. He's become a broadcasting legend and cultural icon. Following his journey would be an interesting ride.

Another crazy Eagles "what exactly happened" story, this doc would follow the careers of Terrell Owens and Donovan McNabb as they eventually intertwined for two memorable seasons in Philadelphia, albeit for different reasons. Their stories will always be thought of, at least in Philly, together.

Two of the best centers ever to play, Wilt Chamberlain and Bill Russell played one another 188 times in the regular season and 49 times in the playoffs. Wilt had the better stats, but Russell had the better teams, as he won 11 NBA titles to Chamberlain's two. The rivalry seems ancient by now, but hearing it from those who were amid the greatness (before it's too late) would be revelatory for Sixers fans who know very little about the best player ever to play in their city.

The Flyers traded a boatload to get him before he ever hit the ice. And it was all worth it, until it wasn't. On-the-ice heroics, off-the-ice drama, injuries, front office strife — Eric Lindros' career was a roller coaster and one that has shaped the franchise irreparably. Let's hear from all sides what it was like, and what really happened.

Andrew Toney was a key reason for the success of the Sixers' legendary teams in the 1980s, but he's gone underrated and under the radar in the years since with Dr. J and Moses Malone getting most of the attention. Toney missed a bevy of games due to injury (playing in 468 of a possible 656 — making two All-Star games in his healthiest seasons). A conflict between Toney and the Sixers ownership turned ugly as his career ended prematurely in 1988 at age 30. 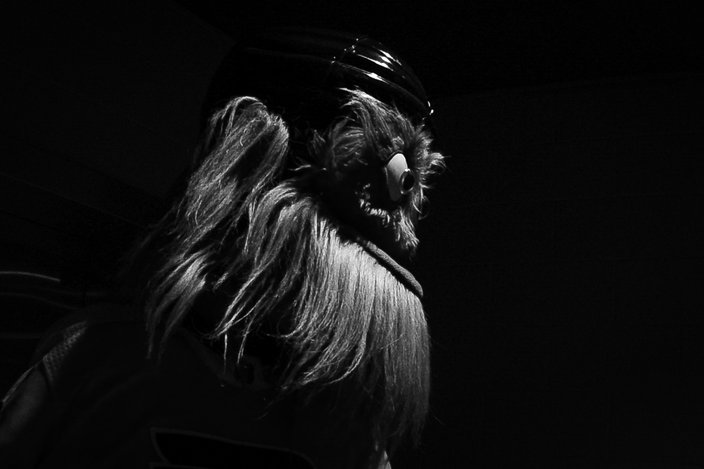 Gritty below the area during the Philadelphia Flyers game against the Vegas Golden Knights at the Wells Fargo Center in Philadelphia on October 21, 2019. (Kate Frese)

Not every documentary needs to be an hour or more, some of them can be quick hits about interesting topics surrounding the Philly sports world.

IT ME: The Gritty Story

A mockumentary that looks at the life and times of the best mascot since... well... the Phanatic. And we're not talking about how some designers created him in a studio, we're talking about those years living under the bleachers at the Wells Fargo Center. We want to find the truth behind those googly eyes.

The truth behind the snowballs

It's taken on a life of its own but what really happened that cold winter day in 1968?

Remember when that Sixers game was called off due to condensation on the floor? What the heck was that?