Ten of the weirdest, wackiest stats about Big 5 basketball 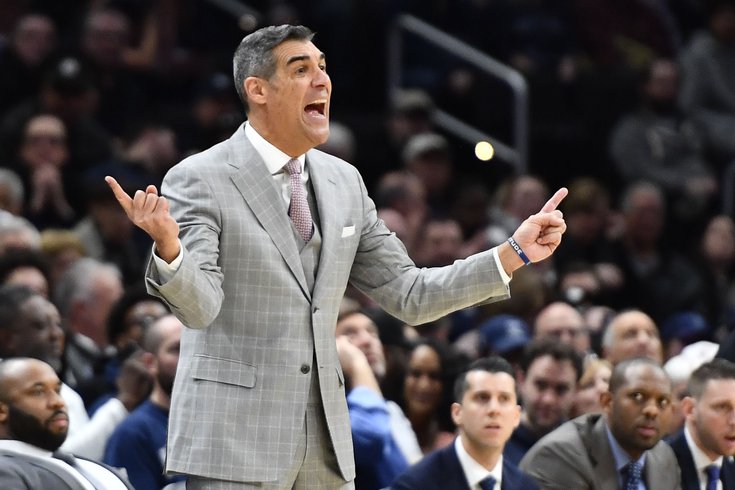 We are really missing college hoops, so this article seemed like as good an excuse as any to trek down memory-lane. Over the years, Philly has served as a hub for college basketball, with a countless list of impactful players having played in the city.

Recently, Villanova has proven to be a powerhouse winning two titles in three years in 2016 and 2018. Their players dot the NBA. Temple, Saint Joseph's and La Salle too each have had their moments in the sun and have given hoops fans memories to last a lifetime, while Penn was one of the first dominant forces in the early game.

Over 66 seasons within the Big 5, Temple and Villanova are tied with shares of 27 Big 5 titles each (though 'Nova has the edge in outright wins with 16). Below we took a look at 10 (or so) records, accomplishments and stats we thought were worth remembering:

BONUS: Temple has won just over 75% of its games at The Liacorus Center, 77th of over 350 NCAA programs based on records at their current home courts. Villanova is 40th with a .794 win percentage at The Pavilion.

In 100 seasons with a basketball program, Villanova is undefeated against a thoroughly impressive 91 other programs, 46 of which they have faced more than once. This compared to just 13 teams they’ve never beaten, three of them in more than one contest. They’ve defeated Seton Hall (69-37) more than any other team.

Temple’s Hal Lear scored 40+ points twice in the 1956 NCAA Tournament. In a win against Southern Methodist that postseason, he scored 48 points on 17-for-30 shooting. They made the Final Four that year.

BONUS: The only other Big 5 player to score 40 in a tournament was Jack Egan in 1961 for the Hawks.

Since 1949-50, Penn hoops has overwhelming winning records (67% or higher) against every Ivy League school except for Princeton, which has downed the Quakers in 80 of 146 all-time meetings.

Here's a brief look at the Big 5's NBA Draft picks by school:

Villanova has had six players drafted from their NCAA Tournament winning teams in 2016 and 2018: Eric Paschall, Mikal Bridges, Jalen Brunson, Donte DiVincenzo, Omari Spellman and Josh Hart. Bridges is the only one to have gone in the top 10.

As Villanova has gained prominence in the Big East, it has been able to land some pretty impressive artists to perform at The Pavilion during "Hoops Mania" over the last decade or so. Performers over the last 10 years have included T-Pain, Drake, Rick Ross, Nicki Minaj and Wiz Khalifa.

Perhaps it wasn't THE golden age of Temple basketball, but a golden age took place under Fran Dunphy about a dozen years ago, when his Owls began an impressive stretch during which his team defeated a top 10 team every season for seven of eight seasons.

BONUS: The Owls made the NCAA Tournament in six straight seasons over that span, every March from 2008-2013.

We'd be remiss if we finished this recollection without giving the 2003-2004 St. Joe's Hawks their due. The team had a perfect 27-0 season and earned a No. 1 ranking and No. 1 seed in the NCAA Tournament. That team made the Elite 8 on the heels of two first-round draft picks in its back court in Nelson and Delante West.