In Philadelphia visit, Holder asks Starbucks: where was the common sense? 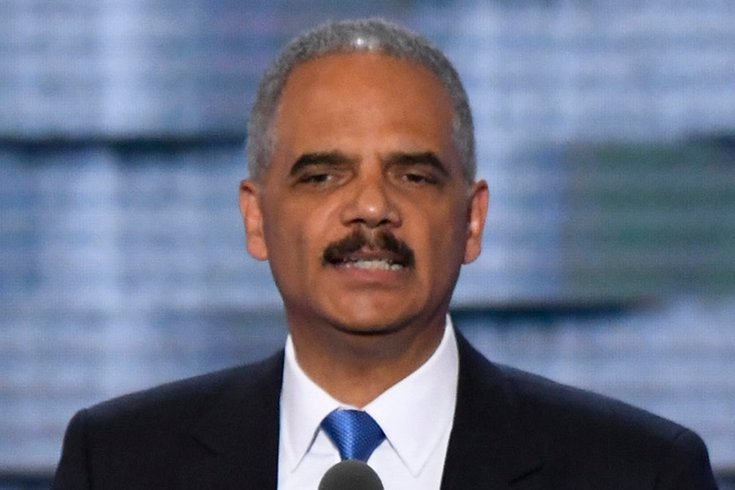 The manager of the Starbucks store in Center City should have thought twice before calling police on two black men, former Attorney General Eric Holder said in Philadelphia on Monday night.

Former Attorney General Eric Holder was in Philadelphia on Monday night, and the recent Starbuck controversy was on his mind.

During remarks at the National Constitution Center, Holder questioned the recent arrest of two black men at the Center City coffee shop, the Associated Press reported.

The former Clinton Administration official said the incident, which made national news after an eyewitness posted cellphone video on the Facebook, required common sense, the AP reported. Before calling police, the store manager should have thought twice, Holder said.

Rashon Nelson and Donte Robinson were at Starbucks' 18th and Spruce store on April 12 waiting for a business contact to arrive for a meeting. After a manager called 911 to report the men hadn't bought anything and were refusing to leave, the men were handcuffed and arrested by Philadelphia police officers.

Holder and other civil rights experts are helping to create a training program for the coffee chain to address racial bias, the AP reported.

The chain has said it will close 8,000 stores on May 29 to undergo the training.