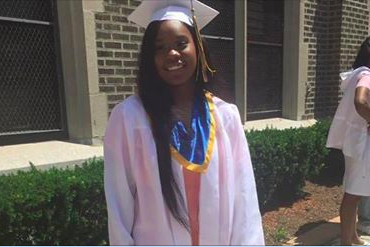 A West Catholic High School student who graduated June 3 is among the 49 victims of the Orlando massacre.

The school described Murray as a "leader amongst her classmates" who scored 1,000 points while playing for the Lady Burrs basketball team. She also excelled in the classroom, graduating as No. 3 in her class.

"May God bless Akyra's soul and provide comfort to all family and friends during this very troubling time," a statement posted to West Catholic's website read. "Our hearts are broken, but together we will mourn Akyra's loss and provide comfort to one another to honor the memory of such a wonderful, young lady." 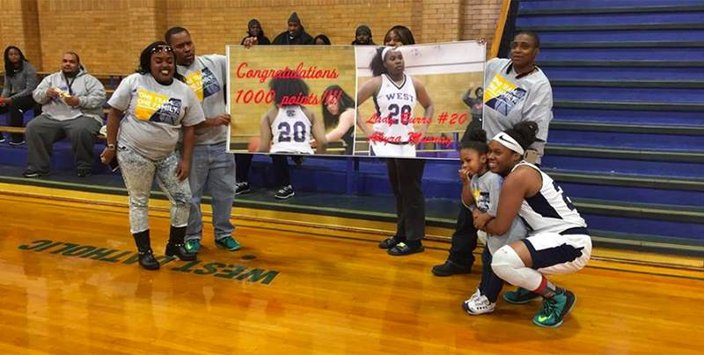 Akyra Murray celebrated scoring her 1,000th point for the Lady Burrs of West Catholic in January.

"I lost my daughter, one of the greatest inspirations in my life," Murray wrote. "I challenge everyone in the name of my daughter (Akyra-Murray) lets get back to loving, caring, and appreciating each other again."

Earlier, Murray had posted that his daughter was at Pulse nightclub with his niece and Patience Carter, a Fox29 intern who was wounded in the shooting. He had been searching for hours for his daughter, without finding her.

Girls Basketball Coach Beulah Osueke described Murray as a "respectful and self-determined young woman who served as a natural leader."

"What she displayed in academic and athletic excellence, she also displayed with her shining personality," Osueke said in a statement. "Losing Akyra is heartbreaking, we are currently in the process of healing as a community. This is a difficult day, not just for the Murray family but for the West Catholic family and all that were touched by Akyra's warmth and magnetic embrace.

"There is no possible way to prepare for a moment like this. We ask that you please respect the privacy of the team and Akyra's family during our moment of sorrow."

Murray signed a National Letter of Intent to attend Mercyhurst College on a full athletic scholarship in early May. Murray, who transferred to West Catholic prior to her junior year, nearly quit basketball during her freshman season.

"Under the weight of constant criticism, Murray contemplated hanging up her jersey toward the end of freshman year," a previous West Catholic press release stated. "Fortunately, Akyra was able to find a new sense of hunger and commitment to achieving her dream of playing basketball at the collegiate level. Murray began working out on a daily basis, further dedicating herself to proving her critics wrong and earning a college athletic scholarship to Mercyhurst University."

West Catholic is planning a vigil Wednesday to honor Murray's life. Details will be announced once arrangements are finalized.

Grief counselors will be on hand at West Catholic for all students during the remainder of the week.