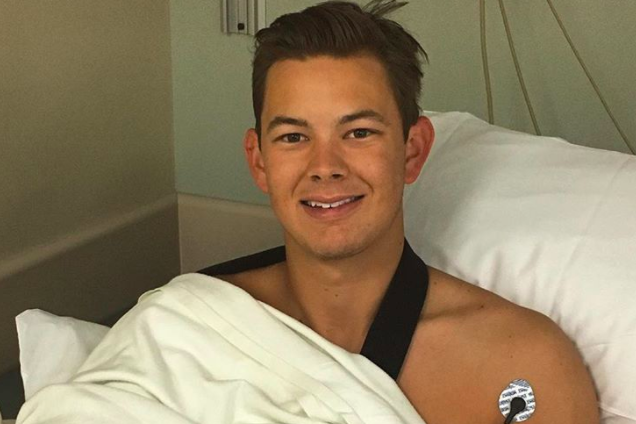 In spring training, Phillies evaluators raved about the talented arm they saw in 19-year-old Kevin Gowdy, the Southern California-bred pitcher who the team selected in the second round of the 2016 draft, paying him over slot to keep him from honoring his commitment to UCLA.

But when the time came for players to be assigned to minor league clubs, Gowdy remained in Clearwater, Fla., for extended spring training. And even when short-season Williamsport's season was getting underway in June, one team official said the Gowdy had "ways to go" before getting back on the mound. Gowdy was slowed with biceps tendinitis.

Six weeks since that update, it's hardly surprising to learn that Gowdy will not pitch in 2017 – and that his 2018 season is in jeopardy, too. Gowdy underwent Tommy John surgery on Wednesday.

Gowdy, who turns 20 in November, will likely spend the majority of 2018 rehabbing from the surgery.

Recovery from the surgery typically takes at least 12 months (major leaguers Yu Darvish and Alex Cobb took 14 and 16 months, respectively, to return to a major league mound following their own 2015 Tommy John surgeries). The good news, at least, is that the surgery is fairly commonplace in the game and that the success rate is high.

The Phillies selected Gowdy with the 42nd overall pick in the 2016 MLB Draft, signing him to a $3.5 million signing bonus. Gowdy was teammates with the two players selected before and after him (2016 first-round pick Mickey Moniak and third-rounder Cole Stobbe) on the 2015 USA Baseball’s 18U National Team.