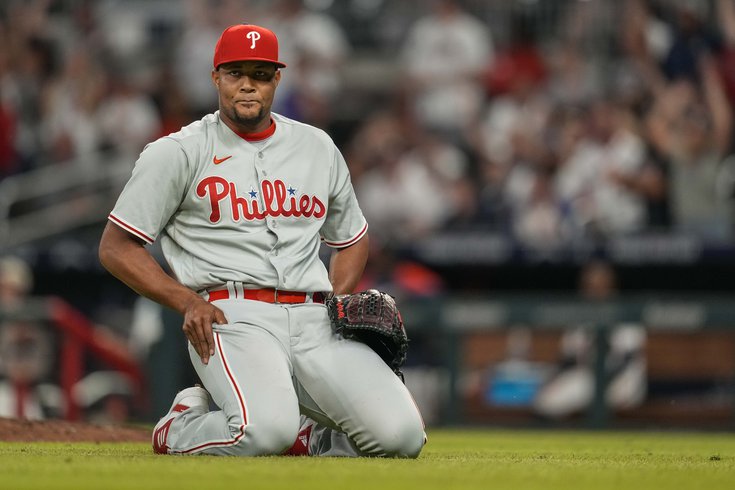 Jeurys Familia had a rough guy in Philly.

Jeurys Familia, the Phillies' 32-year-old reliever who's sporting an unfathomably bad 6.09 ERA in 38 appearances this season, has been designated for assignment. This comes on the heels of the team trading for righty David Robertson to help out the bullpen.

For reference, a player designated for assignment is immediately removed from the team's 40-man roster and has seven days to be traded or placed on waivers.

The Phillies signed Familia back in March and it was sort of a "Uhh, they're really doing this move?" even back then. Skeptical Phils fans were right to doubt Familia, who had a 4.62 ERA over the last three seasons.

Familia is the second Phillie to be DFA'd ahead of the trade deadline, joining controversial centerfielder Odubel Herrera. The Herrera move was made after the team traded for centerfielder Brandon Marsh from the Angels.

Regardless of the impact that Marsh and Robertson have, the vibes are infinitely better with Familia and Herrera no longer in red pinstripes.