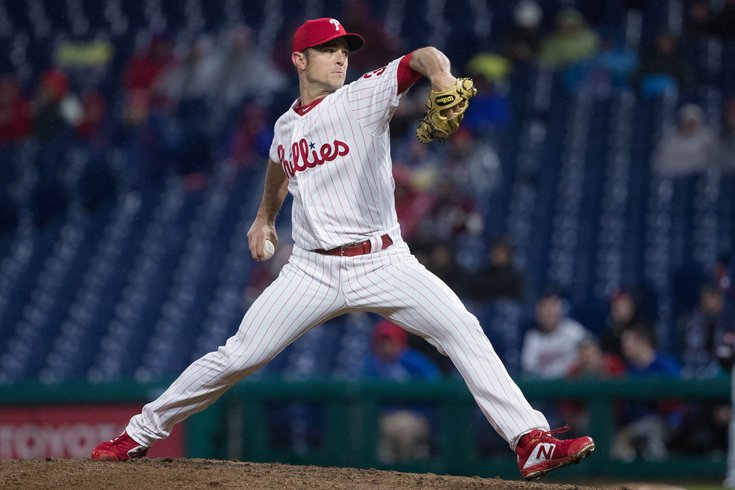 New Phillies reliever David Robertson during his first stint in Philadelphia back in 2019.

Bullpen help is on the way for the Phillies, as they've traded for right-handed reliever David Robertson from the Cubs, per ESPN's Jeff Passan. Robertson had a 2.23 ERA in 36 appearances (40.1 innings) for Chicago this season with 14 saves.

Robertson previously signed with the Phils as a free agent before the 2019 season. He pitched fewer than seven total innings for the Fightins that year, having season-ending Tommy John surgery after an April elbow injury. His rehab did not go well, as another injury post-surgery in August 2020 kept him out of that entire COVID season. The Phillies declined his third-year player option that offseason and bought him out.

The Phillies are parting with prospect Ben Brown in the deal, per the New York Post's Jon Heyman. The Phillies drafted Brown, 22, in the 33rd round of the 2017 MLB Draft. He's pitched in 16 games (15 starts) for the A+ Jersey Shore Blue Claws in 2022 with a 3.08 ERA. He was 22nd on MLB.com's Phillies prospect rankings.