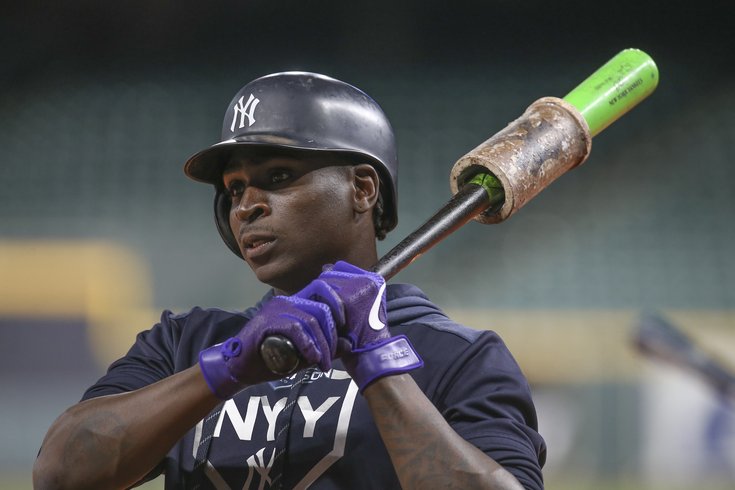 The Phillies have their newest infielder, as Didi Gregorius will join the squad for 2020.

After being linked to the former Yankees shortstop since basically the end of the 2019 season, the Phillies have reportedly reached an agreement with Didi Gregorius on a one-year deal. Joel Sherman of The New York Post was the first to report the two sides had reached a deal.

#Phillies are in agreement with Didi Gregorius

Phillies have reached agreement with Didi Gregorius on a 1-year deal.

Gregorius, who spent the last five seasons in New York, the first three of which were spent playing under new Phillies manager Joe Girardi, only appeared in 82 games last season while recovering from Tommy John surgery the previous fall and then hit the injured list again later in the season with a shoulder injury. During limited action last season, Gregorius slashed .238/.276/.441 with 16 home runs and 61 RBI. His career averages, however, are much better — in his five seasons with the Yankees, Gregorius slashed .269/.313/.446.

Projections were that Gregorius would cost somewhere in the $14-15 million range over multiple years, but perhaps the 29-year-old infielder wanted a chance to prove he's worth a longer deal next offseason with this prove-it type deal. Typically, the average value goes up with the fewer guaranteed years, but that didn't turn out to be the case here, as Jim Salisbury of NBC Sports Philadelphia is reporting that the deal is for $14 million.

There's also no indication of what this means for current Phillies shortstop Jean Segura, who was acquired in a trade last offseason. There's a chance he could move to another infield spot, like the recently-vacated second base spot now that Cesar Hernandez is gone.

The Phillies also faced long odds in landing star infield prize Anthony Rendon, so rather than take their chances there, they opted to strike while the iron was hot and make sure they weren't left out in the cold — either that, or they saw the current asking price and backed off.

This move also puts the Phillies right up against the luxury tax threshold, something ownership has been hesitant to cross, although they didn't rule it out completely if it meant a chance to not only get them back to the playoffs, but all the way to the World Series. It seems there might only be one deal left out there to get that done — prized starting pitcher Gerrit Cole.

Does that mean this is the last big move the Phillies make this winter? We'll have to wait and see...