Despite claims that he wasn't injured, the Phillies right fielder landed on the injured list on Tuesday. 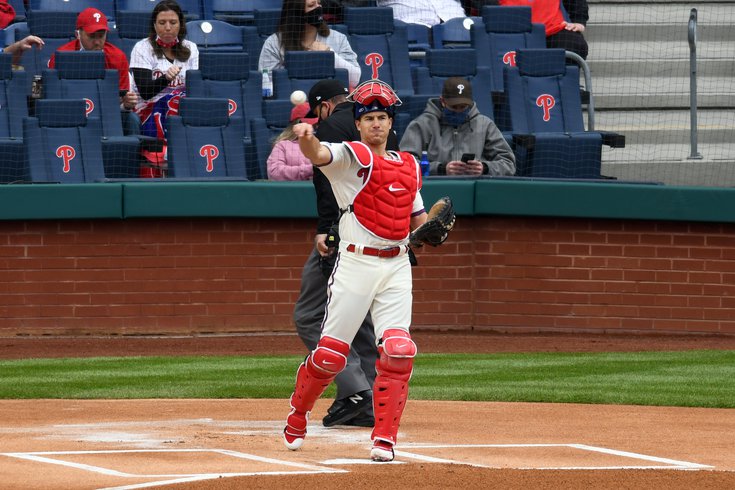 The Phillies' offense has let them down. Their bullpen has been less than stellar. And their defense has been embarrassingly bad.

But the Phils have also been beyond banged up this season, and their injury issues show no sign of stopping. Not a lot is going right at the moment.

Just look at the lineup they trotted out in their 9-6 loss to the Marlins on Monday and how it compares to the one from Opening Day:

Just a month and a half into the season and Joe Girardi has been forced to trot half a new batting order out there with Harper, Realmuto and Gregorius — arguably the three best hitters on the team — all currently injured.

How long will they be out for? Is it time to be concerned?

Here's a look at the current injured list for the Phillies, a list that was updated to include Bryce Harper Tuesday afternoon.

The Phils have played 48 games as a team and just three guys, Hoskins, Bohm and McCutchen have been healthy enough to appear in 40 or more of them. Harper missed two games in a row prior to being put in the IL, and Girardi swore his sore shoulder was not the culprit — that he was just on a respite due to trouble swinging the bat.

"He has not said anything about it," Girardi said Monday. "He's been struggling, and players go through this and sometimes a couple days can help."

That obviously proved to be false Tuesday when the Phillies placed the right fielder on the IL with a "left forearm contusion."

Another player who won't suit up in the next few days is Gregorius. Available Monday to come off the IL, the shortstop, according to Girardi, is nowhere near game ready with an injured elbow.

"Didi is on the trip," the manager said. "He's not coming off [the IL]. He's not swinging yet, he is not throwing yet. He did take ground balls today, he does run around taking fly balls with the left-handed mitt but he's just not ready."

With the roster move today putting Harper on the shelf, the Phillies activated Roman Quinn. It's unclear if he will be in the dugout Tuesday.

Scott Kingery is also heading to Triple-A, but Girardi isn't as confident he will return to the big league club anytime soon.

As for Realmuto, who the Phillies hoped would be healthy fast enough to avoid an IL stint, he's been placed on the list retroactive to May 19. Ideally he can hop right back into the lineup in Tampa against the Rays at the end of the week, but the Phillies will surely be cautious with their star catcher.