If you bought tickets for the penultimate game of the 2016 Phillies season, we hope you didn’t already make plans for the afternoon prior to arriving at Citizens Bank Park.

Originally a night game, the Phillies-Mets matchup will now begin six hours earlier to accommodate Fox. The game will begin at 1:05 p.m. and broadcast nationally on Fox (and locally by FOX-29).

If you are holding a ticket for the game, originally scheduled to begin at 7:05, that ticket will, of course, be honored for the earlier start. All of the gates at Citizens Bank Park (including Ashburn Alley) will open at 11:05 a.m.

The good news (if your afternoon was already free): you can make dinner plans now for Saturday. Or you can get home in time to watch a top five college football matchup when No.5 Clemson hosts No.3 Louisville at 8 p.m. on ABC.

Speaking of schedules, the Phillies released their 2017 regular season schedule two weeks ago (below). Although nothing is official, a team spokesman said there will not be an on-deck series at Citizens Bank Park (the usual couple of exhibition games in South Philly before the start of the season).

This year opened with the Futures Series (with the Phillies taking on their top minor league talent in a home-and-home series in Reading and Citizens Bank Park) bookending an exhibition game with the Baltimore Orioles. Apparently in 2017, the Phils will stay in Clearwater for an extra couple days before flying out to Cincinnati for the start of the regular season.

The 2017 spring training schedule will likely be released in the next couple of weeks. 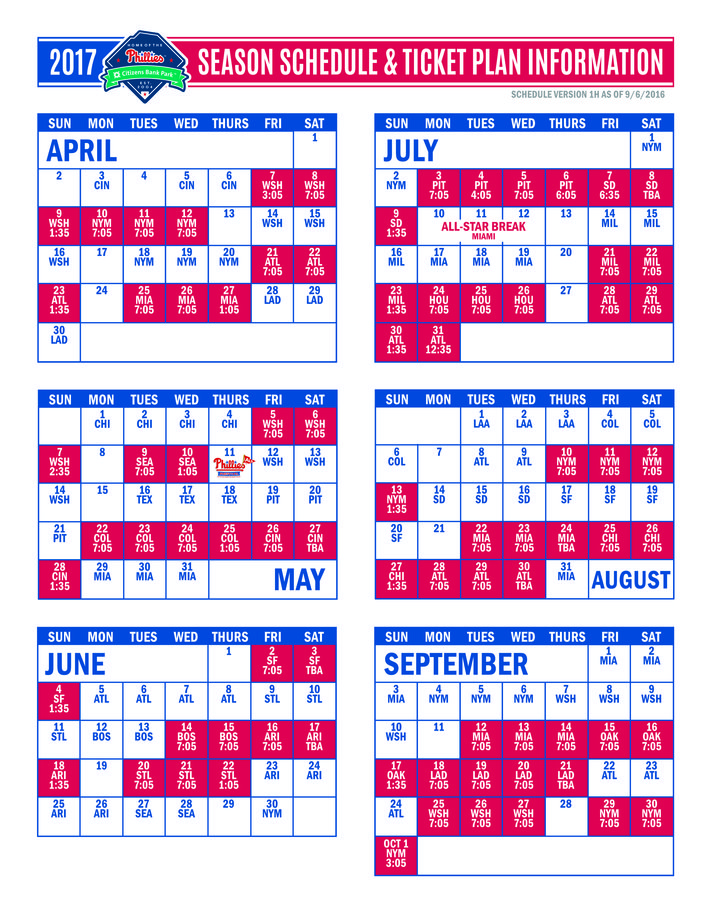