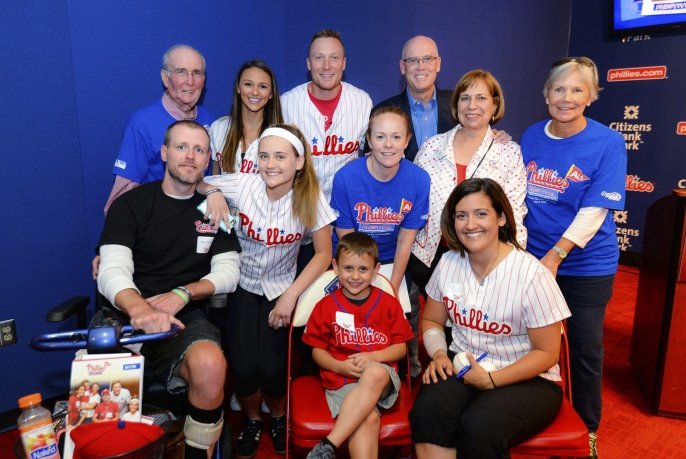 Courtesy of the Phillies/for PhillyVoice

The Phillies raised $718,689 for ALS patients at their annual Phestival and $17 million in the fight against ALS since 1984. They were honored for their philanthropic efforts by MLB on Thursday.

The Phillies were honored a the MLB Owners Meetings in Chicago on Thursday for the organization’s off the field work, namely their support in the fight against ALS (amyotrophic lateral sclerosis, also known as Lou Gehrig’s disease).

The Phillies raised $718,689 dollars at their annual Phillies Phestival in support of ALS patients back in June and have raised $17 million in the fight against the disease since adopting ALS as their primary charity in 1984. In addition to the Selig Award, the Phillies received a $100,000 grant from MLB Charities to put toward their continued charitable efforts.

“To receive this prestigious award is indeed an honor, and one that we dedicate to the patients and families who live with or have succumbed to this awful disease,” Phillies chairman David Montgomery said in a press release. “The Phillies family is committed to putting an end to ALS. I would like to thank our players, Phillies wives, coaching and front office staff, day of game employees, ownership, sponsors – and especially our fans – who have joined us, and continue to join us, in the fight to end Lou Gehrig’s disease.”

“I congratulate ownership, David Montgomery and the entire Phillies organization for their decades-long commitment to fighting ALS,” commissioner Manfred said in Thursday’s press release. “As the sport of Lou Gehrig, baseball is proud to support efforts against this terrible disease, particularly in recent years alongside courageous patients and advocates like Pete Frates and Pat Quinn in the ‘ALS Ice Bucket Challenge.’ The Phillies commitment to their local ALS Association is a great example of how our game can make a difference.”

The 2017 Phillies Phestival is scheduled for Thursday, May 11, following a series at Citizens Bank Park against Carlos Ruiz and the Seattle Mariners. The annual event includes autograph stations, photo booths, silent auctions, and other entertainment, as well as private player meet-and-greets with ALS patients and their families. 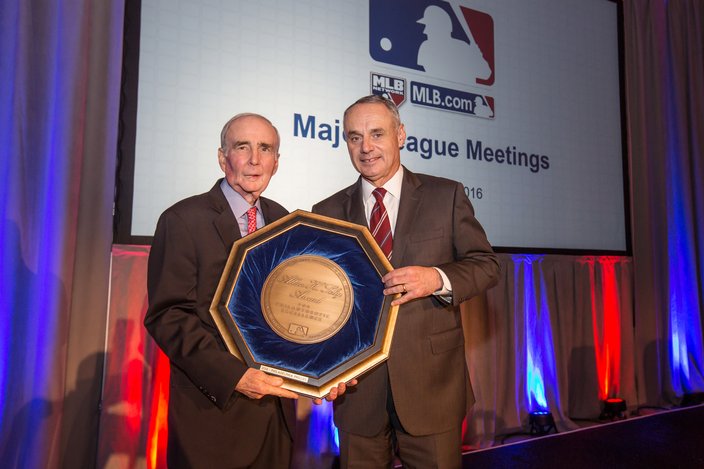