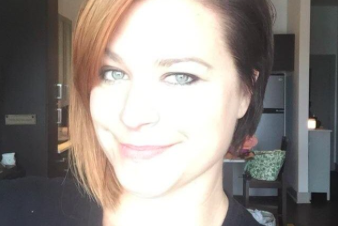 A woman who tragically fell to her death late last week at the Grand Canyon has been identified as 35-year-old Colleen Burns, an Orlando resident who grew up in Delaware County and described herself on social media as a "Philly girl at heart."

The National Park Service announced last Friday that Burns had been hiking when she fell from Ooh Ahh Point along the South Kaibab Trail. Park Rangers responded to the scene after a group of hikers called to report the incident. Burns' body was discovered at the bottom of the 400-foot drop.

Investigators said Burns, who moved to Orlando in the 1990s, was taking photographs of the sunrise with a group of friends when she accidentally stepped off the edge of the trail.

Burns had been employed as Yelp Orlando's first Community Manager. After her death was announced, friends, family and colleagues honored her on social media with photos and memories.

Colleen Burns, 1st @Yelp Orlando Community Manager, has passed away. There are no words. Hoping to find some soon. pic.twitter.com/iZTKOPSbl5

always with me @ColleenBurns. the angel on my shoulder. @kaskade pic.twitter.com/XlxYhQgfqy

This love is brighter
This life is higher
One heart is wider
One heart
We are one heart because of you @ColleenBurns pic.twitter.com/U7CCcRrslJ

Just keep going
Everyday
The silver lining
Is on its way

Words can't even describe how I felt waking up today to the news @colleenburns has left us… https://t.co/gRmMGIpZiN pic.twitter.com/byucZSXfuw

An investigation by the National Park Service and the Coconino County Medical Examiner remains ongoing.