Community fridges arise from pandemic to address hunger in Philly

It's estimated that 29% of Philadelphians experienced food insecurity in 2021 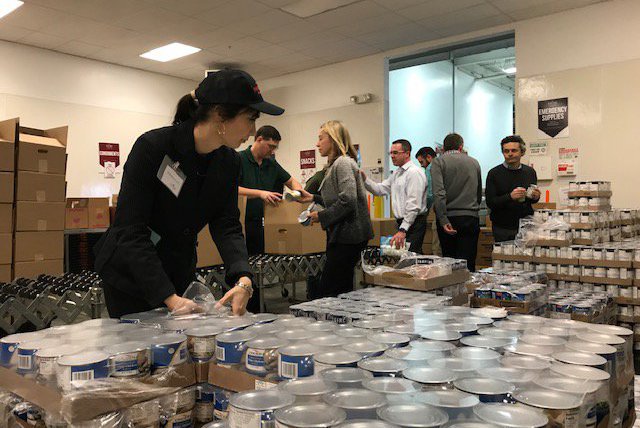 Early on in the pandemic, a wave of mutual aid projects in Philadelphia led to the creations of dozens of community fridges across the city, where people in need can take whatever food they need for free. Most organizations that run them are now looking for more donations of food and money, as well as new volunteers.

The pandemic brought a lot of grief to Philadelphia, but in the face of the hardships many residents have experienced, community members have often stepped up to support each other

A prime example would be the city's burgeoning community fridge movement.

Today, there are dozens of fridges and pantries around the city where Philadelphians in need of food can simply open a door and grab some for free.

Volunteer networks keep each location stocked with both donated food and items bought with monetary donations. The fridges are mostly focused on providing healthy options.

But back in March 2020, there were none in Philadelphia Syona Arora, the founder of the South Philadelphia Community Fridge, told Next City.

She had just been laid off from her job and was volunteering to keep herself busy when she first heard about the concept from a cousin in New York City.

"I kind of assumed that there would have been one in Philadelphia and I was pretty surprised to learn that there actually wasn’t,” Arona said.

After a few months of organizing and coordinating with other volunteers in the neighborhood, Arona's South Philadelphia Community Fridge opened its first location on the corner of S 6th and Titan streets. The organization now has three more community fridges located across South Philly.

Others in the city followed South Philly's lead and created their own community fridges.

Some groups are also focused on specific neighborhoods – like the People's Fridge in West Philly, the Coral Street Fridge in Kensington and the Germantown Community Fridge – while others take a city-wide approach – like Fridges and Family, which has three different Philly locations, and the Mama-Tee Community Fridge program which has 18 locations across the city.

The community fridges are just one part of a huge wave of mutual aid projects that washed over Philadelphia in the early months of the pandemic.

Interest in volunteering and donating was initially very high, but has since dropped off as people have returned to work and school. But the community fridges have not experienced a drop in demand, so most of these organizations are looking for more donated food, monetary contributions and volunteers.

"The food always gets taken. Like, right away," Jessica Mihalczo, a volunteer with Mama-Tee, told FOX29.

Hunger is a big problem in Philly. It's the poorest big city in the nation, with a poverty rate of nearly a quarter according to the 2020 census. As a result, Feeding America estimated that nearly 29% of Philadelphians experienced food insecurity in 2021.

But those living with hunger sometimes avoid getting assistance from more traditional sources.

There's often a sense of shame or humiliation attached to taking government aid like the Supplemental Nutritional Assistance Program or food stamps, said Mariana Chilton, the director of the Center for Hunger-Free Communities at Drexel University.

“There’s an enormous amount of stigma and discrimination that they experience at the cash register in the grocery store," she told Next City.

The community fridges eliminate some of that stigma because they're technically open to everyone, regardless of need.

There are at least 37 community fridges in Philadelphia at the moment, according to this map most recently updated in October. Each organization will generally have a list of needed items and directions for getting involved on their website.