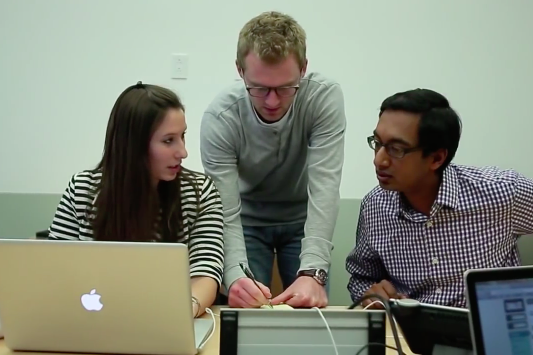 Philadelphia-based tech firm Curalate is one of the "25 hottest under-the-radar startups in America," according to Business Insider.

The list eschewed over-exposed start-ups from New York and Silicon Valley, looking instead at lesser-known but still exciting companies from places like Boulder, Colorado and Des Moines, Iowa.

Curalate analyzes images on social networks like Pinterest and Tumblr to find out what sort of visuals really "make brands pop." Its algorithms churn through 30 million images a day to glean useful insights for digital marketers.

Founded by Wharton graduate Apu Gupta and Nick Shiftan, the tech firm has secured more than $12 million in funding and includes Gap and Ogilvy on its list of clients.

One of the things that makes the company impressive is that it grew out of a business failure. Gupta and Shiftan launched Storably in 2011, hoping it would be the Airbnb of storage space.

Instead, it was more like the Airbnb of losing money.

"We made the decision to fail fast while there was still cash in the bank," said Shiftan, in a YouTube video about the company's store. The team decided to brainstorm ideas for a new start-up venture.

"We came up with 70 ideas. Curalate was one of them," said Gupta.

Curalate was born, and went on to win the titles of Business of the Year and Start-up of the Year in Philadelphia in 2012.