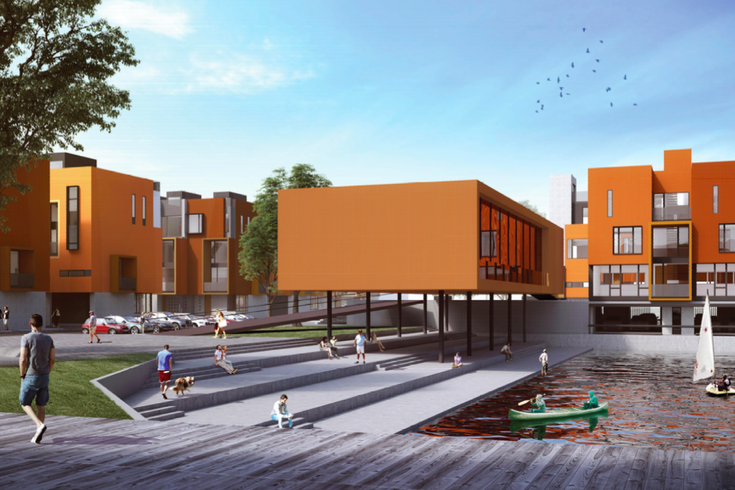 Rendering of townhouses proposed on pier at 1401 S. Columbus Boulevard.

The future of the Delaware River waterfront in Philadelphia appears to be a long-term priority both for city officials and developers.

Yes, there's Penn's Landing, Spruce Street Harbor Park, Pier 68 and Dave & Buster's — all highlights and attractions — but the perception surrounding the waterfront is that it's been an untapped resource.

Between the extension of trails, a 10-acre green space in Bridesburg and a massive public park project to cap I-95 at Walnut and Chestnut Streets, plans are quickly taking shape to further transform the area into a residential and entertainment hub.

One proposal from Atrium Design Group, an Old City-based development firm, would create a stunning townhome community that extends right onto the pier at 1401 S. Columbus Blvd.

The Waterfront Boulevard project, set to go before the Civic Design Review board on Tuesday, calls for what would be Philadelphia's first single-family homes that actually sit above the water. Existing residences in this category, such as Allen Domb Real Estate's Pier 3 and Pier 5 condominiums, are multifamily developments with more of an industrial and utilitarian design to them. 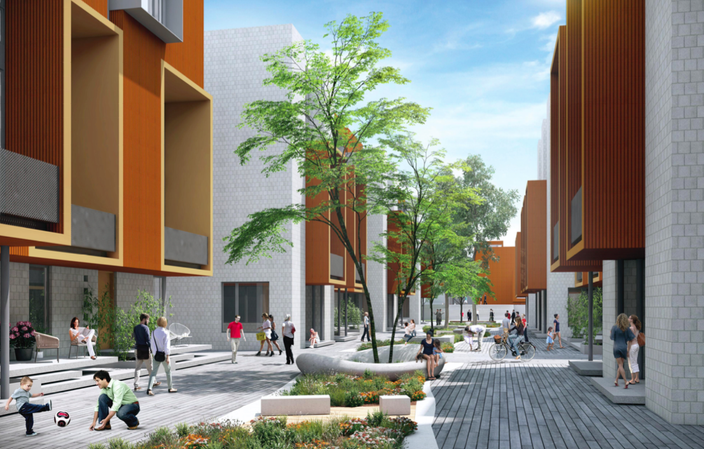 A spokeswoman for Atrium Design Group said the proposal will be evaluated in two phases, the first consisting of 169 units on dry land and the second covering 45 townhomes directly on the pier. The location sits just north of Pier 68 and the Walmart Supercenter at 1675 S. Columbus Blvd, right across from the United Artists movie theatre on the opposite side of the street. 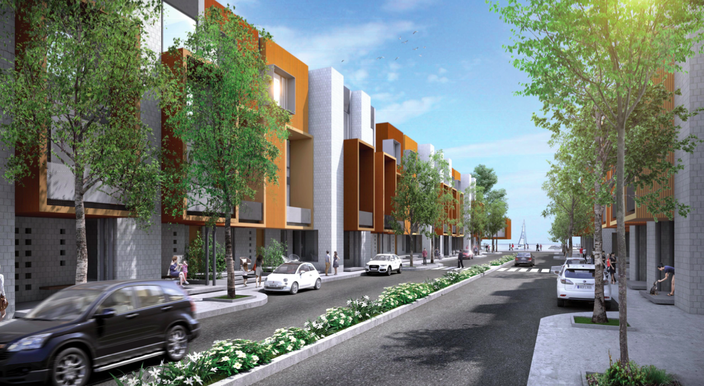 "The pier itself requires a much longer process because it involves the river," the spokeswoman said. "We have to look at environmental impact and a review by the Army Corps of Engineers. The second stage will be much more complex from a permitting and civil engineering standpoint."

Renderings of the project seem to confirm plans for a Lidl grocery store and other retail offerings in the works for properties just west of the Waterfront Boulevard proposal. The townhouse community itself would include a cafe, plaza, small trail and outdoor recreation.


It will be a long road ahead before this project ever breaks ground — zoning and building permits follow the Civic Design Review process — but the proposal offers a fascinating glimpse at what could be in store for the waterfront in Philadelphia.