Fink's in the Northeast labels tariff as 'blatant robbery' 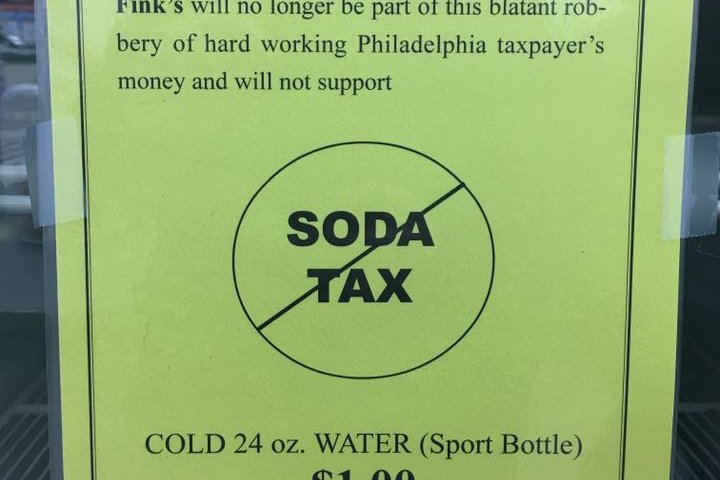 This sign outside Fink's Hoagies in Northeast Philadelphia informs customers the shop will no longer sell soda because of a recently implemented tax on sugary beverages.

A Philadelphia hoagie shop has stopped selling soda because of the recently implemented tax on sugary beverages.

Fink's Hoagies in Northeast Philly posted a photo of a sign inside the store Wednesday that informs customers they'll only be able to get bottles of water from now on.

"Due to the fact that most Philadelphia elected officials do not understand how to run a business nor balance a budget, the citizenry of Philadelphia have (sic) been hit with yet another unfair tax," the sign reads.

The sign says Fink's will not be part of the "blatant robbery" of Philadelphia taxpayers.

An employee at the store, located at 4633 Princeton Ave., confirmed the shop would only be selling water from now on, not soda.

The tax, pushed by Mayor Jim Kenney as a way to fund a number of programs, like a universal pre-K program, was approved by City Council in June. It places a 1.5-cents-per-ounce tariff on sodas and beverages with added sugar.

A lawsuit challenging the tax was dismissed in December.