Education is the number one problem here in Philadelphia, but we're split on how to handle it.
That's according to a poll released Monday by the Pew Charitable Trusts. The survey measured Philadelphian's opinions on what is the most important issue facing the city and the next mayor, collecting interviews from January 28 to February 19.
Among those surveyed, education topped the list, with 32 percent of respondents saying it was the most prominent issue. Second was crime at 23 percent, and third was jobs and the economy at 22 percent.
Meanwhile, residents' opinions of the city's schools have stayed relatively the same, with 77 percent rating them as only fair or poor and 19 percent rating them as good or excellent. The School Reform Commission received similarly low ratings, as only 11 percent surveyed believed in continuing it, and over two-thirds favored replacing it with an elected school board.
Holly Otterbein at Philly Mag notes how the unfavorable view of the SRC could have an effect on the upcoming mayoral race:
Former city solicitor Nelson Diaz is the only contender who wants to eliminate the SRC immediately, and former Philadelphia Gas Works executive Doug Oliver is the only candidate who wants to keep the SRC in place (though he would like to the change the makeup of board so there are three mayoral appointees and two gubernatorial appointees).
The most notable split among respondents' opinions in the poll is on charter schools as well as how to fix Philly's broken schools. A lot of those interviewed think charter schools are good for the city, but that majority has dropped: 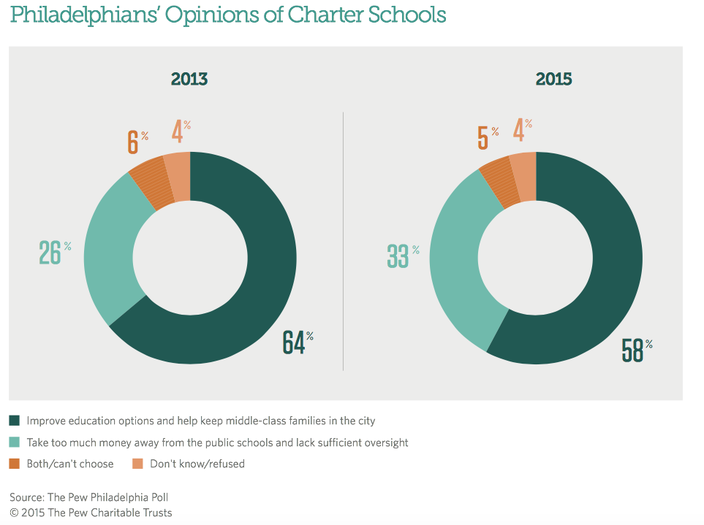 Those in favor of charter schools came from middle-class families in the south and northeast:

But while most think charter schools are a positive influence on the system, that's not the answer to the problem for a majority of those interviewed: 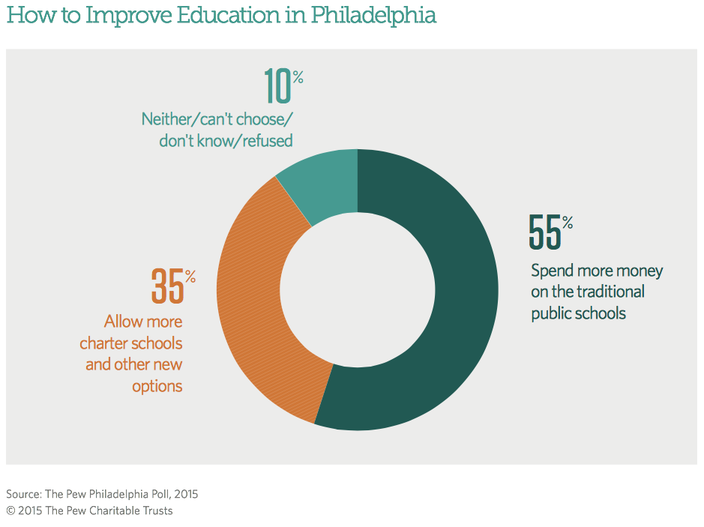 Funding for Philly's schools is an issue that Pew has delved in to before. A longer report released in January broke down some of the issues concerning the subject, noting that the operational revenue per student in Philadelphia is much lower than most comparable cities. Philadelphia was in the middle of that same category when it came to the district's percentage of funding that came from local sources.

The biggest slice of that pie of local funding during the 2013-14 school year came from property taxes, something Mayor Michael Nutter has argued to raise in his recent budget proposal. 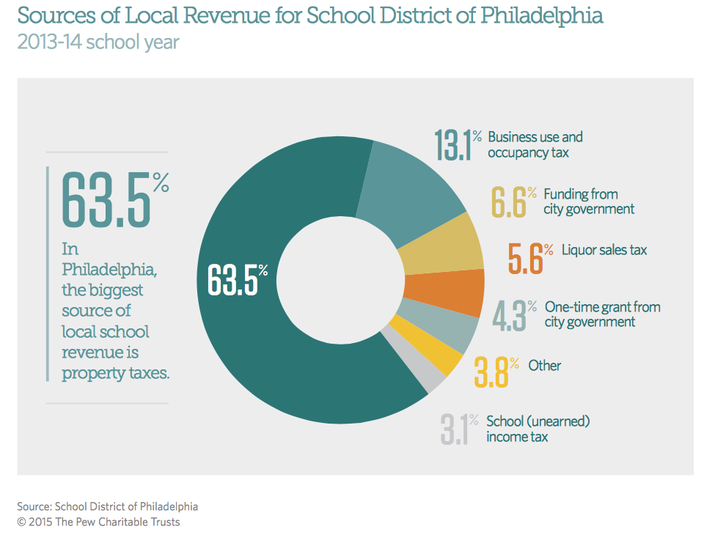