The “Red Alert” initiative will take place at 9 p.m. on Tuesday night 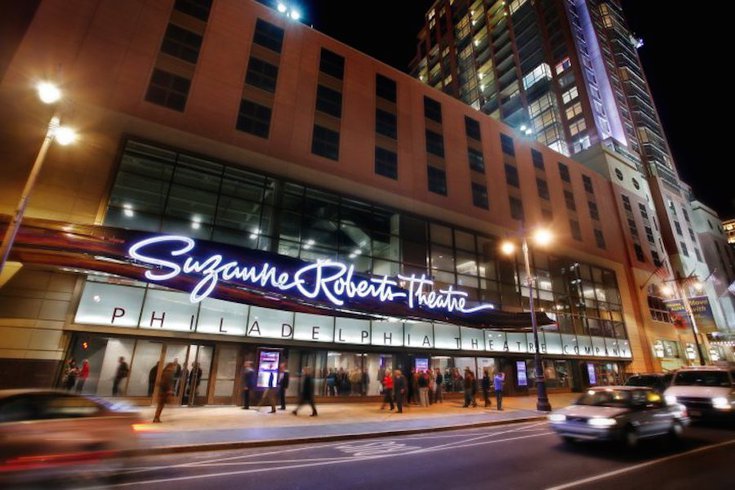 One performing arts center in Philly that will light up in red on Tuesday night is the Suzanne Roberts Theater.

Several well-known performing arts centers and venues across Philly will light up in red on Tuesday night as part of a nationwide initiative to bring awareness to the impact of the COVID-19 pandemic upon the live events industry.

Locations such as the Wilma Theater, Suzanne Roberts Theater, Philadelphia Convention Center, Asian Arts Initiative, Philly Improv Theater, and IATSE Local 8 Union headquarters will be participating in the “Red Alert” campaign at 9 p.m. on Tuesday. As many as 1,500 buildings in over 60 cities across the country will light up in red on Tuesday evening.

The initiative to bring about awareness to the struggles of entertainment and arts workers amid the public health crisis has been organized by WeMakeEvents, which is a coalition of trade bodies, businesses, unions, and live events workers.

The purpose of the movement is also to raise public awareness that the live events industry is on “red alert” for its very survival, organizers said.

The cause is also pushing for Congress to enact legislation which would offer more economic relief and aid to the live events industry, such as extending the additional $600 in unemployment benefits which expired in late July.

The live events and entertainment industry has been one of the hardest-hit by the pandemic. Theaters and performance venues have been shut down since March due to the COVID-19 pandemic, forcing many to resort to virtual performances until event spaces can reopen.

Roughly 95% of live events have been cancelled due to COVID-19 and 96% of companies have cut staff and/or wages because of the financial impact, according to campaign organizers. Approximately 77% of workers in the live events industry have seen their entire income be wiped out by the pandemic.

The live events industry employs roughly 12 million people and contributes over $1 trillion annually to the U.S. economy, according to the initiative.

“The entire live events industry is on the brink of collapse. Without financial relief, many businesses stand to permanently close, and families risk bankruptcy and homelessness,” says Brad Nelms, who serves as the director of WeMakeEvents North America.

“We want to take this opportunity to show the world the scale of what it takes to make live entertainment events happen and demonstrate how much this crisis has affected our community. This is a human issue, not a political issue, and it requires immediate action. While we realize there are a lot of issues going on right now, and other organizations will be staging events on other dates, we feel very strongly we must act now to save our industry.”

Tag a member of Congress in the comments. #WeMakeEvents #RedAlertRESTART #ExtendPUA

A post shared by We Make Events North America (@wemakeeventsnorthamerica) on Aug 24, 2020 at 5:13pm PDT

The event can be live streamed on both Facebook and YouTube from 9 p.m. until midnight on Tuesday.

Indoor live performance venues across Philly are permitted to resume operations on Sept. 8, but it will be at dramatically reduced capacities. No more than 25 people, all of whom must wear masks, will be allowed to attend.