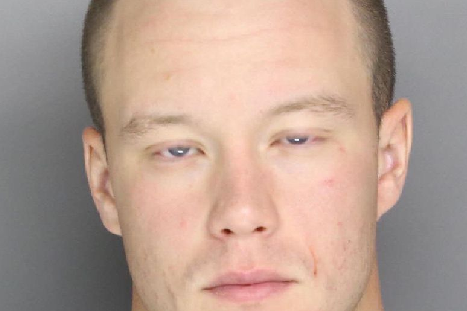 A man has been charged after police say he violently attacked a girl and imprisoned her grandparents at a home in Bensalem.

Authorities allege that 21-year-old Shane Joseph McMichael broke into the house Sunday night on the 2500 block of Forrest Avenue.

McMichael, wearing all black and a mask that only revealed his eyes and forehead, allegedly hit the juvenile victim in the face and began choking her.

The girl recognized McMichael, police contend, and called him out by name. He stopped choking her and allowed her to go to the bathroom and wash her face, police said.

Authorities allege that he fled the residence at that point and when the victim went upstairs, she found a black rope tied to the bannister and the doorknob of her grandparents' bedroom, preventing them from getting out.

According to police, officers went to McMichael's home on the 10000 block of Kirby Drive in Philadelphia where they allegedly found a gold Jeep with black clothing, black rope, and a rifle inside.

McMichael, who the Philadelphia Daily News reports is a volunteer fireman with the Cornwells Fire Company, allegedly confessed to the incident after being taken into custody.

He has been charged with kidnapping, false imprisonment, assault, burglary, trespassing and other charges. He is being held at Bucks County Prison. His bail has been set at $2 million.