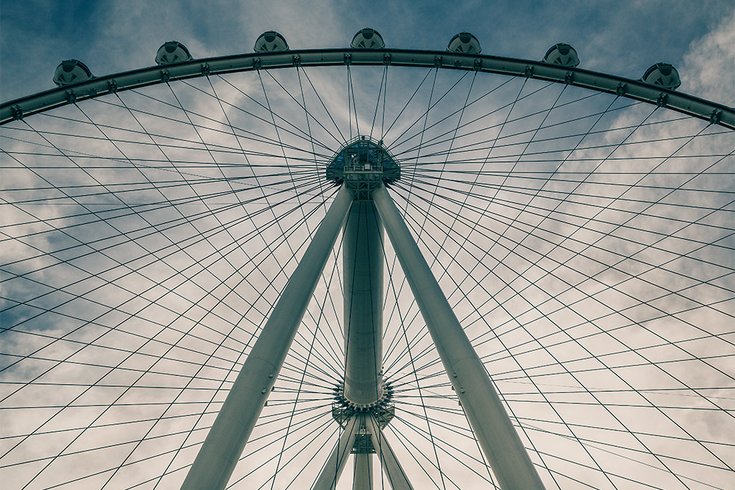 The High Roller Ferris wheel at The LINQ Hotel in Las Vegas.

The man who fell nearly 50 feet to his death last Friday in Las Vegas has been identified as a 23-year-old Philadelphia resident.

In a statement Tuesday, the Clark County Coroner's Office said the victim was Stefan Quinton Jones-Green, according to the Associated Press.

Authorities believe the victim fell from a set of stairs and suffered injuries that led to his death, which appears to have been an accident.

An exact cause of death is still pending.