Awaiting sentencing, the mobster will attend the Sunday wedding of his goddaughter in Pennsylvania 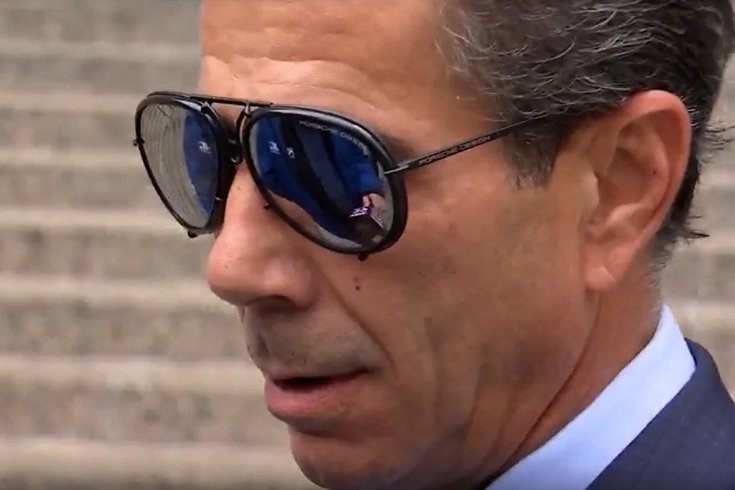 Philadelphia Mob boss 'Skinny Joey' Merlino wants the letters from is doctor that will be filed in court ahead of his sentencing in New York to be sealed from public view, because as Merlino's attorney says they contain 'protected, sensitive and confidential medical information of the defendant.'

Philly Mob boss Joseph "Skinny Joey" Merlino is scheduled to be sentenced on Oct. 17 after pleading guilty in April to a gambling charge.

In a letter Friday to the judge, Merlino's attorney, Edwin J. Jacobs Jr. of Atlantic City, requested that the cardiologist's letters, which comprise "Exhibit C" of Merlino's sentencing memorandum, be sealed because they contain "protected, sensitive and confidential medical information of the defendant."

Merlino's sentencing memorandum is due to the court by Oct. 3. He faces a maximum sentence of two years in prison.

Merlino, 56, was planning to travel to Pennsylvania on Friday to attend his goddaughter's wedding, which is scheduled for Sunday. Merlino made the request in a letter to the judge on Monday and was given same-day permission by Sullivan to travel north for the family celebration. Merlino's federal probation office and U.S. prosecutors did not object to the request.

Merlino's daughters are in the bridal party, the letter noted.

Merlino's guilty plea to a gambling charge in April angered Sullivan as it came after his February trial on racketeering and conspiracy charges ended in a hung jury.

The Philly mob figure, who now lives in Florida, took the guilty plea rather than face retrial in the case.

"In my experience prosecutors will try the case again. What makes this case exceptional?" Sullivan asked Assistant U.S. Attorney Max Nicholas at the time, the New York Post reported.

The government had accused Merlino of profiting from gambling and health insurance schemes run by East Coast organized crime families. He had claimed that he has moved on from a life of organized crime after serving a lengthy prison term in another case.