Philly native wins $670,000 poker pot, donates it all to charities

Scott Wellenbach, 67, has decided to donate all his career poker winnings 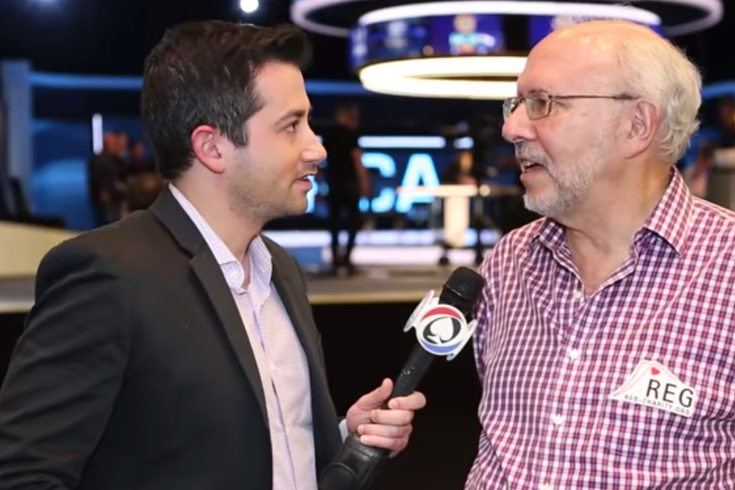 Scott Wellenbach, right, has a history of donating hundreds of thousands of dollars in poker winnings to charity.

Plenty of people dream of being able to leave their day job behind for the high-stakes, big-money world of professional poker. They tell themselves they’re good enough to win regularly, and they daydream about what they’d do with the winnings.

One Philadelphia native knows he’s good enough, but instead of spending his career winnings on himself, he’s donated more than $800,000 since he started winning poker tournaments.

Scott Wellenbach, 67, who grew up in Philadelphia and now lives in Nova Scotia, won a heart-stopping $670,000 for finishing third overall in January at the 2019 PokerStars Caribbean Adventure Main Event.

Instead of putting that money towards a new car or a vacation, though, Wellenbach — who works as a translator of Sanskrit and Tibetan Buddhist texts professionally — gave it all to charity, according to USA Today.

Wellenbach told USA Today in a recent interview that he’s given to Amnesty International, Oxfam International, Doctors Without Borders, and the Red Cross, as well as smaller Nova Scotia and Buddhist charities.

In a very Philly-and-South Jersey detail, Wellenbach said his interest in poker began during his family’s yearly vacations down at the Jersey Shore. He watched the lifeguards play when it rained, and he eventually started playing back home in high school.

After being educated at what he called a “Quaker” school in high school, Wellenbach went to Yale for his undergraduate studies, and then was months away from returning to Philadelphia to attend the University of Pennsylvania for medical school.

Instead, his fascination with Buddhism and language led him to Boulder, Colorado, where he began studying Sanskrit and Tibetan.

But he kept poker with him through it all, and now it’s paying off — albeit for other, less fortunate people.