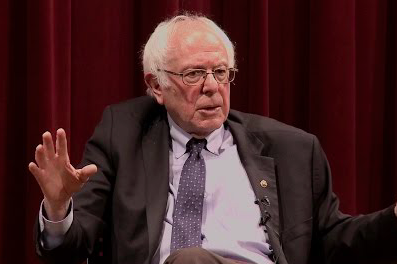 The Vermont senator will speak to leaders from the Pennsylvania Association of Staff Nurses and Allied Professionals union, according to the Citizens Voice. The event will allow Sanders to talk, privately, to hundreds of union leaders who represent nurses and health care professionals. The event is closed to the public, and is set for 2:30 p.m.

From there, Sanders, who is once again running for election in 2020 after failing to secure the Democratic nomination in 2016, will head to Bethlehem, Pennsylvania, on Tuesday to participate in a town hall event hosted by Fox News.

The eastern Pennsylvania visits will come after Sanders spends the end of Masters weekend on the other side of the Keystone State, in Pittsburgh, rallying in a neighborhood near the campuses of University of Pittsburgh and Carnegie Mellon University.

Sanders’ message at his Pennsylvania visits, according to the Citizens Voice, will be “focused on fighting unfair trade deals”.

Pennsylvania, a state which figured prominently in electing President Donald Trump in the 2016 presidential election, will likely once again be a focal point in next year’s election.

Joe Biden, who has yet to publicly announce whether he’ll actually run for president, is reportedly eyeing Philadelphia as a potential campaign headquarters location.

Candidates will also be vying for votes in a more politically-active Pennsylvania than the one they would have encountered four years ago: In 2018’s midterm elections, voter turnout was up in all 67 of the state’s counties.