The orchestra needs to raise $2 million by July in order to continue operations; there are still several more concerts on the 2023 schedule 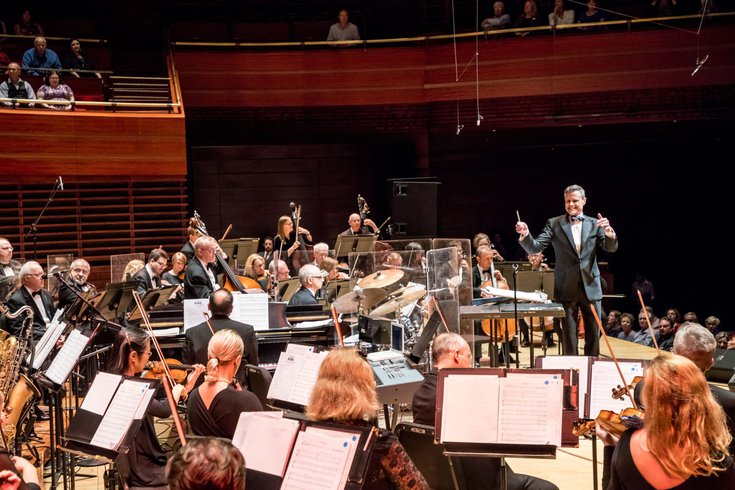 The Philly POPS has started a fundraising campaign in an effort to save the orchestra from ceasing operations after the conclusion of its 2022-2023 performance season in July. The city's standalone pops orchestra must raise $2 million in order to avoid a shutdown.

Two months after deciding to cease operations at the end of the 2022-2023 performance season, the Philly POPS has rolled out a fundraising campaign that could put the orchestra on a path to survival.

Philadelphia's standalone pops orchestra has launched #SaveThePops in an effort to raise money to continue through the end of its current performance season in July. The group needs $2 million in revenue within the next seven months in order to scrap the original plan to shut down entirely.

When the orchestra announced the impending closure in November, officials said that a "combination of circumstances," including the impacts of the COVID-19 pandemic, led to the decision to shutter operations at the end of the season. Established in 1979, the orchestra has played everything from American standards to modern pop music. Each year, about 900,000 people listen to its musicians play.

"We made a difficult decision in November that I'm happy to say we can now put into review," said Frank Giordano, president of the Philly POPS. "We must raise $2 million by the end of our season in July to cover our obligations and secure our future as an institution in Philadelphia. This fundraising effort is ambitious and there are no guarantees, but the holiday season delivered to us something we didn't have before: hope for a path forward."

While the Philly POPS performs year-round, the orchestra's centerpiece is "A Philly POPS Christmas," a series of performances of Christmas carols and other beloved holiday songs. Following the announcement of its impending shutdown, POPS musicians, along with vocalists Mandy Gonzalez and Jordan Donica, performed 10 sold out shows in December.

On Christmas Day, 6abc televised portions of the performance to home audiences. The Christmas Salute, the annual benefit concert honoring service members and first responders, was sent to an audience of more than 500,000 troops overseas.

"We heard from so many patrons and partners over the holiday run. Everyone wanted to help; everyone asked how they could," Giordano said.

In early December, unionized POPS musicians said they were prepared to go on strike amid ongoing contract negotiations after the orchestra announced its decision to close. Musicians said that they found out about the decision from news coverage on the day it was announced, rather than from the organization itself.

The musicians had been trying to negotiate a new contract since August to no avail, union leaders told the Inquirer. After a few more weeks of negotiations, POPS musicians and management came to a tentative agreement on a new labor contract on Dec. 23. The new contract does not expire until Aug. 31, 2024, accounting for the possibility of continued operations past July.

"It's wonderful news that we can look at a plan to keep our programs going," said Karen Corbin, chief operating officer at the Philly POPS. "Our musicians gave spectacular performances in December. The enthusiastic audiences we saw then should plan to come back quickly to see the program of their choice."

There are two ways for Philly POPS audiences to support the fundraising campaign. Fans of the pops orchestra can donate directly to the campaign, or buy tickets for the remaining shows of the 2022-2023 season. A full list of those upcoming shows is below: