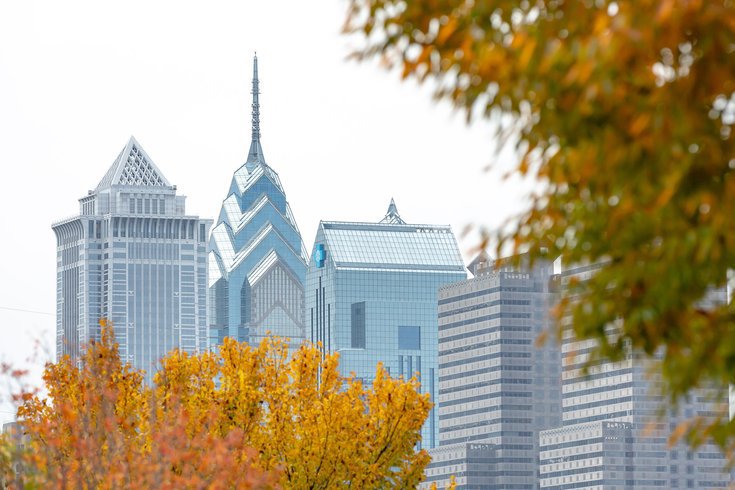 Philadelphia's continued progress in slowing the spread of COVID-19 does not have the city near a reopening date yet, but officials are beginning to contemplate the challenges that will arise when that time comes.

Health commissioner Dr. Thomas Farley talked about several of these issues during Wednesday's press briefing, including the state's benchmarks for the city to enter the yellow phase of Pennsylvania's reopening plan.

"The governor's number is — over a 14-day period — if you have less than 50 cases per 100,000 population. That's cumulatively over 14 days," Farley said. "If you work out the numbers, that ends up being about 55 cases per day in the city of Philadelphia."

Philadelphia remains well above that benchmark, even as daily case counts clearly show a declining number of new infections. On Tuesday and Wednesday, for example, the city reported 224 and 242 new cases of COVID-19, respectively.

Those numbers are the lowest reported in Philadelphia in more than a month, even as testing capacity increases. The problem with looking at them in isolation is that labs continue to report results in batches, making daily counts deceptive when a backlog later pushes that number above 300. The 14-day period allows the health department to smooth out the data.

While some data streams provide a 14-day case total that can be divided by 14, that number may be influenced by lower weekend case reporting and lab delays, as noted above. Similar data is available on the total new cases in the last 14 days per 100,000 residents, with the same caveats to keep in mind.

The city has confirmed a total of 18,779 COVID-19 cases and 986 deaths, including another 78 fatalities announced Wednesday. Philadelphia's hospitals have seen an approximate 20% decline in COVID-19 patients since the city's peak in late April. There are now 741 patients being treated in Philadelphia hospitals and 1,421 patients at hospitals across the southeast Pennsylvania region.

But in the absence of a vaccine or a widely available effective treatment, the virus will continue to be a threat for resurgence. Other parts of the world that contained COVID-19 relatively early on still have found that progress toward eliminating the coronavirus fluctuates as they lift restrictions in higher-risk settings.

Farley said Philadelphia will continue to monitor SARS-CoV-2 well into the future to respond to flare-ups of the infection.

"We will have all of the data systems we have in place now, and we may have some more as well," Farley said. "We can have, hopefully, an early warning sign that the virus activity is starting up. As this plays out over months, sooner or later we're going to have some flare-ups."

Because of the uneven course ahead for a city of Philadelphia's size, reopening requires monitoring the virus from multiple vantage points. Farley pointed to the case of Seoul, South Korea, as an example of "overall success" in reopening while carefully managing spikes in new cases.

"I think the governor has been clear that it's not just one magic number and as soon as you hit the threshold, that's it," Farley said. "He's looking at other indicators as well. We are also looking at other indicators. We want to feel that we have, for example, the situation in nursing homes under better control. We want to be able to say that we're at least starting our process for contact tracing. We want to have other things that indicate that if we start some activity, and the virus starts to pick up speed, we can identify it quickly and act on it quickly."

The health department is developing plans to expand contact tracing capabilities in preparation for when the city's daily number of new cases gets to an average of about 50 per day. Currently, contact tracing efforts are focused on those who work in group settings. The city is still securing funding for its contact tracing workforce and partnering with other agencies, but Farley said the role will be vital.

"We're not exactly sure how many we're going to hire," Farley said. "The primary skills we're looking for are interpersonal skills. These are people who are going to have to interview folks, find out where they were, where they spent time, get information that may be somewhat private. And then follow up talk to other people who may have been exposed, deal with people's fears and concerns, give them appropriate information. It's not so much a technical job as it is an important job that requires interpersonal skills."

Mayor Jim Kenney, who has said Philadelphia will defer to medical expertise for the city's reopening, said there will be social factors that also impact what this will look like.

"The other issue is consumer confidence," Kenney said. "Even if we get to the point of opening in the southeast region, people still have to feel comfortable enough and safe enough to go out to a restaurant, go out to a retail outlet, and that will be a learning curve. People will have to feel safe going out and doing the things they used to do, in a different way."

Farley said the reopening may likely occur in starts and stops.

"It's not like we're just going to flip a switch — and we're closed now, and we'll be open in the future," Farley said. "Activities will restart in a very careful, stepwise way. We'll start with the activities that we think are the lowest risk and work our way towards the highest-risk. If we see a virus activity that starts to pick up, then we can backpedal from there. It's not going to be one thing at all. It's going to be a very staged process."