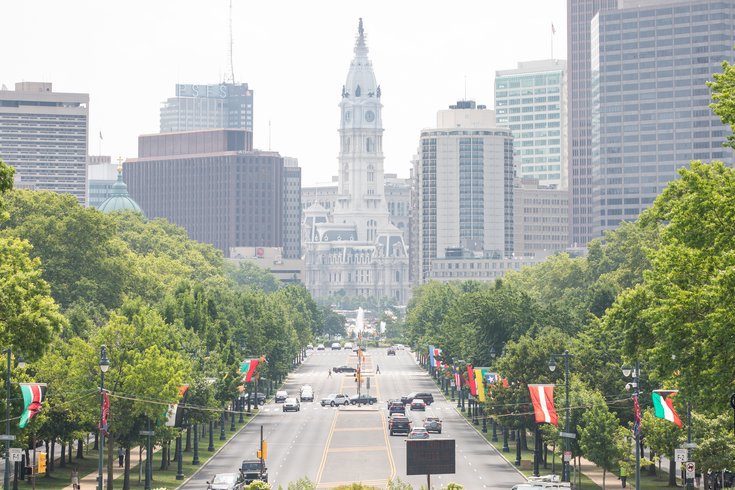 Philadelphia Health Commissioner Dr. Thomas Farley says the city is working on a COVID-19 contact tracing program that will be implemented when case counts have declined to a relatively low level.

Philadelphia continues to show signs of modest progress in slowing the rate of coronavirus infections, reporting lower daily totals and improvements in congregate settings such as nursing homes and prisons.

The declines are occurring slowly, but the city's health department is making preparations for the next phase of the epidemic – contact tracing.

"Right now, our case counts are fairly high, but when our case counts get fairly low, we want to be able to test very broadly to be able to identify as many cases as possible that we're otherwise missing," Health Commissioner Dr. Thomas Farley said. "When we identify those cases, we will talk to those folks and do contact tracing to try to have their contacts be quarantined. And that stops the chain of transmission. If that doesn't work 100% of the time, even half the time cuts out an awful lot of spread."

Farley announced 370 new COVID-19 infections on Tuesday, bringing the city's total to 16,410. Another 17 fatalities brought the death toll to 743, including 392 nursing home residents.

While daily case counts continue to fluctuate based on labs reporting results in batches, Farley said Philadelphia is clearly on the downslope. Even in the city's prisons, the total number of active cases has dropped to 29, down from the sixties a few weeks ago.

With the numbers dropping, officials are determining the best methods to ramp up contact tracing.

"We are building an entire program that involves people and we're looking at different technologies that will help us out," Farley said. "Certainly, we'll need some technology simply to track the information."

Governments around the world, particularly in countries where conditions are improving, have started to rely on apps that facilitate the work of contact tracing.

In the United States, Utah has partnered with a small technology company whose app uses GPS location data to notify residents when they may have crossed paths with a person known to have COVID-19. By contrast, Apple and Google have vowed not to use GPS data and will instead rely on Bluetooth signals.

Privacy concerns with these nascent apps — including how and whether governments can store citizens' data — remain a point of contention as health officials work to implement scalable contact tracing.

It's not yet clear whether Philadelphia will try to use an app that automates certain aspects of contact tracing.

"We'll look into these phone apps that we've seen talked about that will assist us in identifying folks who may have been close to somebody who was a known case," Farley said. "We don't know if that's ever going to be useful, but we're going to look into it."

On Monday, Philadelphia expanded the city's COVID-19 testing criteria to include anyone experiencing possible symptoms of the infection. Testing capacity has increased to 1,500-2,000 people per day, but Farley hopes to see that range eventually climb to 5,000-10,000.

Still, Farley said that testing everybody isn't necessarily a useful strategy at this stage. In fact, it could possibly backfire.

"If you were exposed to someone yesterday, and you tested negative today, you might actually be incubating the infection," Farley said. "You might become infectious tomorrow or the day after, and then you're out there exposing other people thinking that you're negative."

The recent improvement in testing capacity is a step in the right direction, but Farley said he still believes COVID-19 tests should be geared toward those most at risk and those experiencing symptoms.

"I know everybody's concerned about this. They want to be tested, but it's not always necessarily the right information," Farley said. "Certainly for people who are sick with this, we want to be able to identify that so we can notify the contacts and cut off the chains of transmission. But testing asymptomatic people, I'm not sure if we'll ever get there."

In Philadelphia hospitals, 961 patients currently are being treated for COVID-19. Hospitals in Southeastern Pennsylvania are treating 1,809 people. These numbers, as well as the remaining availability of general hospital and intensive care unit beds, have remained stable over the past two weeks.