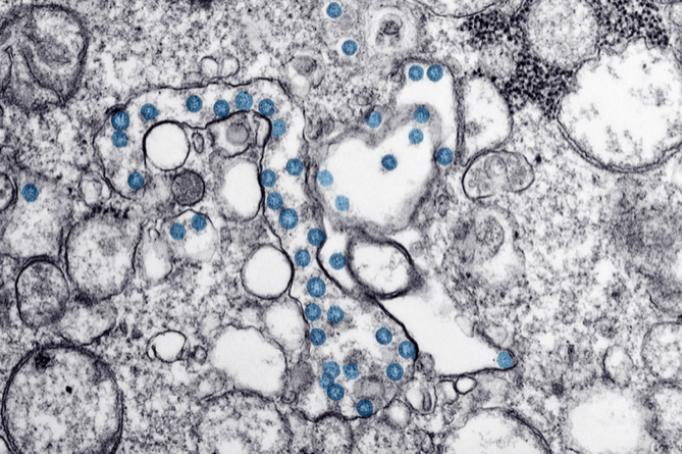 Low blood-oxygen levels usually cause noticeable symptoms, but some COVID-19 patients are experiencing what doctors have called 'happy hypoxia.' They seem not to realize their body is more compromised than it appears.

Some COVID-19 patients with dangerously low blood-oxygen levels — a condition known as hypoxia — have clinicians stumped by their apparent normal functioning when they seemingly should be laid up.

The mysterious finding is being called "happy" or "silent" hypoxia as researchers try to gain a better grasp of how the coronavirus is impacting the body, The Guardian reported over the weekend.

A healthy person will typically show oxygen saturation at about 95% or higher. Some COVID-19 patients are presenting in the 80s and 70s, at which point many should theoretically lose consciousness, according to the report. Some who have lower levels — below 50% — are having poor final outcomes as expected, but don't initially appear as sick as they usually would with these blood-oxygen levels.

While there are four different types of hypoxia, all of them tend to produce similar symptoms in patients. The condition is relatively common in aviation and is taught to pilots to help them identify warning signs. Patients often experience shortness of breath, rapid heartbeat and difficulty functioning.

“It’s intriguing to see so many people coming in, quite how hypoxic they are,” said Dr Jonathan Bannard-Smith, a consultant in critical care and anaesthesia at Manchester Royal Infirmary. “We’re seeing oxygen saturations that are very low and they’re unaware of that. We wouldn’t usually see this phenomenon in influenza or community-acquired pneumonia."

In other causes of hypoxia, such as pneumonia and pulmonary embolism, patients probably would be unable to sit and up and talk to a doctor, let alone scroll through messages on their phones.

An anesthetist in Manchester described his own case of COVID-19 and how he overlooked early signs because his functioning didn't seem unusual at the time. When he fell ill with a cough and fever, he got into bed, but still managed to perform tasks he later realized were compromised.

“I was sending very strange messages on my phone," Dr. Mike Charlesworth said. "I was essentially delirious. Looking back I probably should’ve come into the hospital. I’m pretty sure my oxygen levels were low. My wife commented that my lips were very dusky. But I was probably hypoxic and my brain probably wasn’t working very well.”

Researchers are continuing to develop a deeper understanding of how COVID-19 impacts various physiological systems.

Generally, when oxygen levels fall, the body starts to detect higher levels of carbon dioxide. That leads to the gamut of symptoms in the lungs that are associated with hypoxia. For reasons that remain unclear, that isn't always happening among COVID-19 patients in obvious ways.

The U.S. Centers for Disease Control and Prevention recently confirmed six new symptoms to watch for as possible signs of COVID-19. Researchers also are investigating the role of blood clots in patients who become infected, particularly younger people who suffer strokes. Blood thinners are now being administered in clinical trials to see what effect they may have on those with COVID-19.

While some have suggested using at-home pulse oximeters to check blood levels with the simplicity of a finger clip, it's still unknown whether early detection of hypoxia will alter the course of the virus. The logistics of making them widely available also poses a major challenge.

Charlesworth said that paying careful attention to overall symptoms and possible signs of hypoxia should bring patients to the hospital sooner. If they feel oxygen needs to be monitored in the first place, they should err on the side of caution.