Looking for a good snapper soup? Find it at Oyster House, according to The Daily Meal 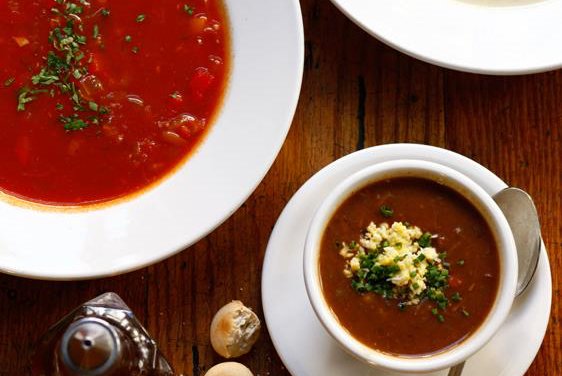 The best soup in Pennsylvania is a new version of an old Philadelphia delicacy, according to one national website.

Naturally, it can be found in Center City.

Oyster House serves a snapper soup that warrants comparison to the famed version once served at the now-defunct Old Original Bookbinder's seafood restaurant at Second and Walnut streets, The Daily Meal said this week when it picked the best soup in every state.

The seafood restaurant at 1516 Sansom St. serves a rich, deeply flavorful version "loaded with turtle, chopped carrots and celery, and hard-boiled egg," the site said. "A little sherry on the side kicks up the classiness factor."

Snapper soup can also be found at The Olde Bar, inside the longtime location of Bookbinder's at Second and Walnut streets in Old City.

The site's pick for New Jersey can be found up north at the Fanwood Grille, while Delaware's best soup is the cream of crab at Meding's Seafood in Milford.