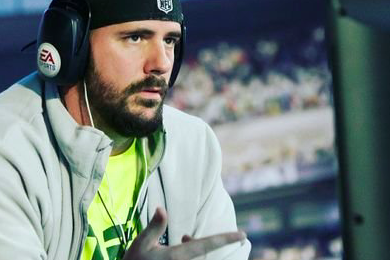 Philadelphia's closest claim to an NFL-related championship in many years was tarnished this weekend when the local winner of the "Madden Bowl 2017" contest was fined $3,000 for defiantly posting "inappropriate" tweets against the urging of game-maker Electronic Arts.

Chris "Dubby" McFarland, playing as the Eagles, emerged victorious from a bracket of eight competitors last weekend after defeating Eric "Problem" Wright's San Francisco 49ers by a score of 24-17. His prize from Electronic Arts was a hefty sum of $75,000, according to Polygon.

The 29-year-old esports enthusiast was so amped about his newfound bragging rights, however, that he took to Twitter with a series of tweets that Electronic Arts couldn't condone. In addition to the fine, McFarland was docked 100 points from his Madden NFL Championship series record, a significant penalty for the champion to absorb.

One of McFarland's tweets was nasty, to say the least. EA provided the following statement via its own Twitter account, noting that the inappropriate tweets continued even after EA reps met with "Dubby" to request that he tone it down.

A message for the Madden community. pic.twitter.com/K3irT84bOZ

If the past is any indication, McFarland isn't new to crossing the line on Twitter. Gaming site Pastapadre pointed out at least one instance in February 2013 when McFarland used the "N"-word and referred to African-Americans as "coons" in a dialogue on the social media site.

In response to the fine, McFarland accepted responsibility but also warned his Twitter feed was about to go dull.

When I won the Madden bowl my tweets were no longer just for the Culture they were for everyone. I understand that better now.

Today is the day the real Dubby dies. Feel free to unfollow.

Yup. My twitter gonna be dry as a desert from here on out. Catch me tweeting Rex about patches https://t.co/j2u0oxtXno

In a statement to Polygon, McFarland said he was "wrong" and that his tweets were "outta passion and emotion at the time," though he also argued that the fine is actually a positive reflection on the growth of competitive gaming.