Philly's Christmas Village to return to LOVE Park in 2017 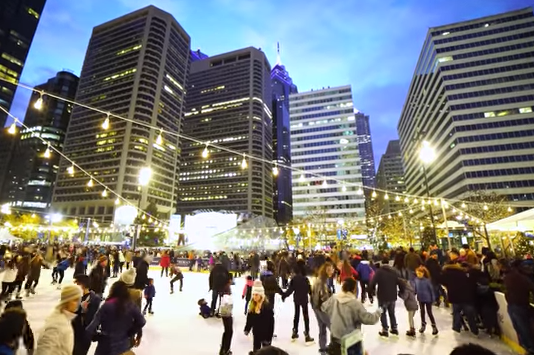 After a one-year stop at Dilworth Park, Philadelphia's Christmas Village will return to LOVE Park in 2017, marking the first event at the iconic plaza since efforts began on a multimillion-dollar renovation.

The traditional open-air German market will celebrate its 10th anniversary even as the LOVE Park redesign, delayed at least a year, moves closer to completion, a city official confirmed on Tuesday.

Initial projections had the park reopening earlier this year, but underground complications reportedly forced delays as the developers worked to overcome setbacks.

Last year's festive Christmas Village was, by all accounts, a success at City Hall, where a horticultural maze, twinkling lights and an ice rink filled the space. The season opened with holiday songs around Thanksgiving, and vendors spent the next month selling artwork, clothing, candles and other seasonal gifts.

The $16.5 million renovation of LOVE Park, led by Kieran Timberlake and Hargreaves Associates, is expected to be finished with a formal opening ceremony next spring.

Christmas Village will be open from Nov. 23 through Dec. 24, with an opening ceremony on Nov. 26. Further details are expected to be announced in the coming weeks.