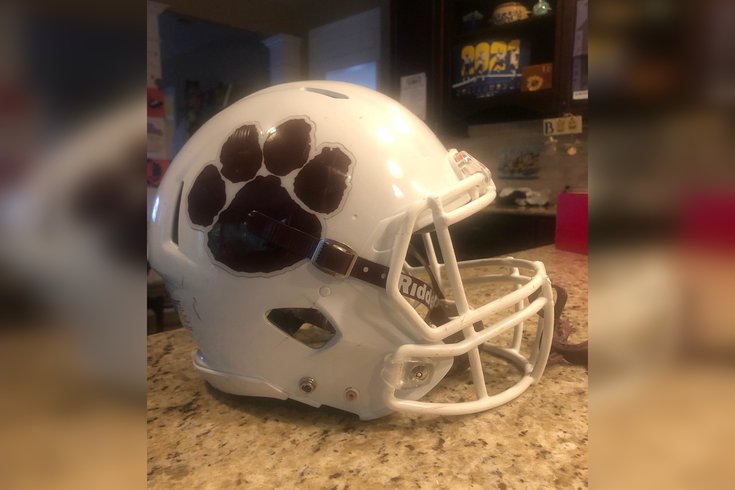 These numbers talk. Well, not so much talk but yell. They’re unavoidable, emphatic, and tell the tale of a program that should actually get far more respect than it does outside of Delaware County.

It may this year.

Last week, Garnet Valley started its quest for its first PIAA District 1 6A championship. Since the Jaguars entered the Central League in 2008, under legendary coach Mike Ricci, the team has gone 113-12 in the league and over the last 190 games, the Jags are 160-30 overall.

“We control what we can do and it’s something that we always work on,” said Ricci, who is in his 37th year—and final season—as head coach of the Jaguars and 38th overall year in coaching. “We work on trying to be the best team we can be, and that allows us to keep our focus immediately at hand.”

Ranked No. 1 in District 1 Class 6A, Garnet Valley is one of three programs still undefeated so far in 6A, joined by North Penn, the No. 2 seed, and Quakertown the No. 5 seed.

Garnet Valley quarterback Max Busenkell, a Notre Dame lacrosse commit, may own every passing record by the time he’s finished. This senior group at Garnet Valley is 28-2. Its only losses came against Downingtown West’s Will Howard, now at Kansas State, in 2019 and a loss to Coatesville in the 2019 District 1 semifinals.

With social media running rampant with teenagers, it’s easy to get lost in success.

Garnet Valley is a little different. The Jags don’t feel that they’ve achieved anything yet.

“We had a senior dinner the other night, and one of our coaches put it best when he said to win every practice instead of looking into the future of overlooking our next opponent,” Busenkell said. “As a team, I think we’re really respected in the Central League. But out of the league, we like to play with a chip on our shoulder, and we have to earn it.

“Those are the teams from Suburban One and Ches-Mont, and we have to earn their respect. We don’t think we have it yet.”

That comes this Saturday at Penn’s historic Franklin Field at 2 p.m. in the Catholic League Red Division championship. St. Joe Prep senior Dane Picariello will get the start at quarterback over sophomore Semaj Jones, who did not play due to an injury in the Hawks’ 17-14 victory over Archbishop Wood in the Catholic League Red Division semifinals last weekend.

La Salle, the area’s No. 1 team, beat Prep the first time they met on Oct. 2, 28-21. The Explorers got a chance to avenge its loss to Roman Catholic, 45-0, last weekend after the Cahillites upset La Salle after the Prep victory.

One team seems to be going in one direction, while the other hasn’t appeared right all season.

La Salle is a senior-laden team. Prep has shown flashes of what they could be. Maybe the Hawks pull off the surprise? La Salle’s Sam Brown, Abdul Carter and Ryan Moore will have something to say about that.