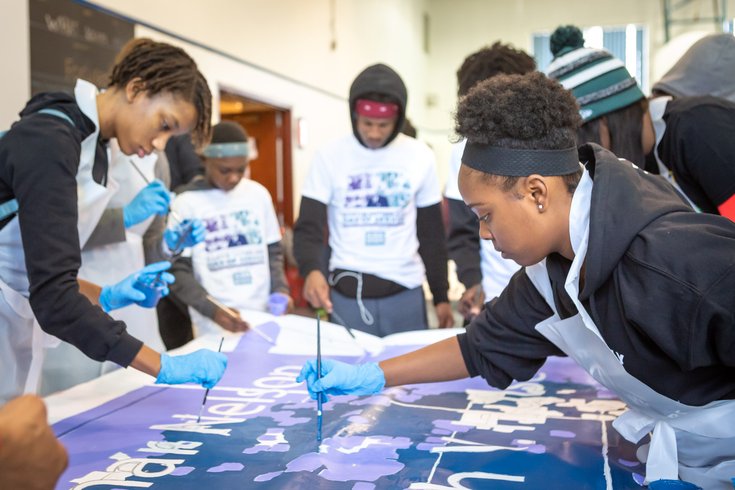 As Part of the MLK Day of Service, volunteers painted sections of the re-envisioned “Stop the Violence” mural by Philadelphia-based artist Felix St. Fort. The mural will be located at 20th and Fernon Streets in the exact location of the original mural of the same name that was recently taken down due to deteriorating conditions.

When asked why he came out to the event, Michael Benko of Bicycle Transit Systems said, “If you want the world to change, volunteering is the most-effective way of making it happen.”

The original mural, painted by Jane Golden and local youth in 1989, was in response to high gun violence at the time that claimed the lives of forty-six youths from the neighborhood and other nearby areas in the city. Chosen by the community, the new design by St. Fort features the same names of those lost to gun violence that were honored on the original artwork, along with many of the original colors.

Here are some photos of the MLK Jr. Day of Service mural paint day. 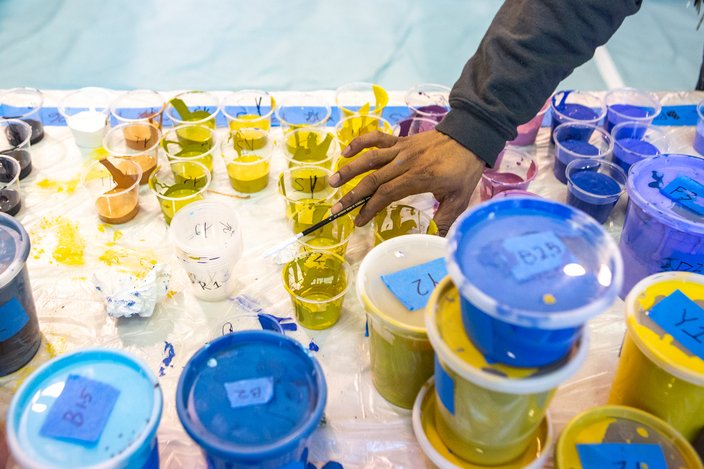 The mural is painted in a paint-by-numbers manner, where sections of the mural are labeled according to their color. 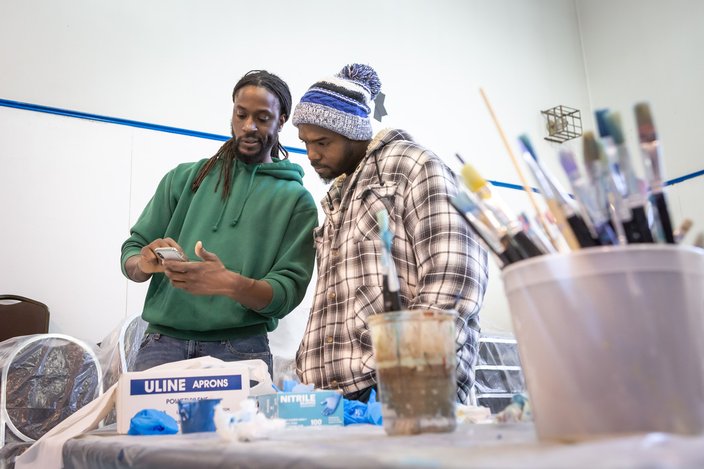 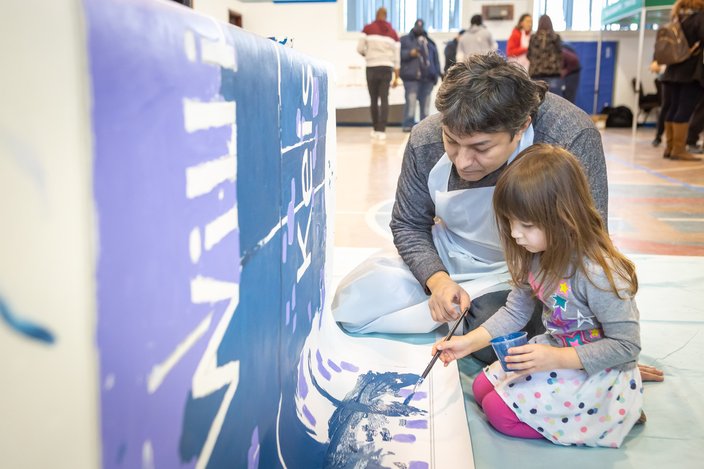 Allan Gomez of Bicycle Transit Systems and his daughter Isela came out to help paint the mural on Monday, “to meet people fact-to-face, and help out in the community.' 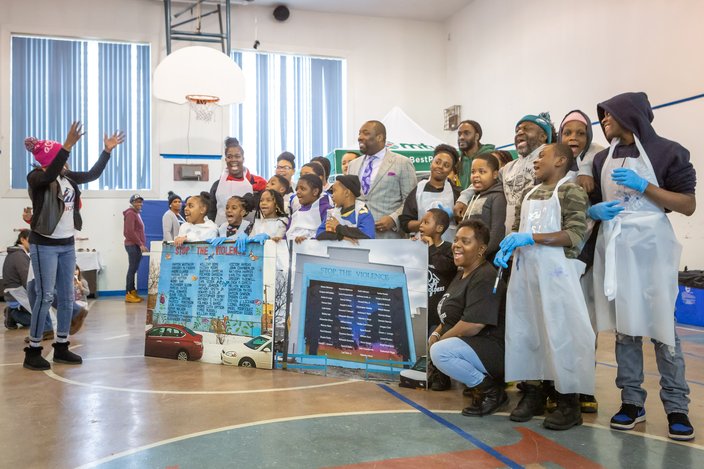 Councilman Kenyatta Johnson, posed for a photo with volunteers that helped paint sections of the “Stop the Violence” mural at the Diversified Community Services-Dixon House in South Philadelphia, Monday, Jan. 21, 2019. 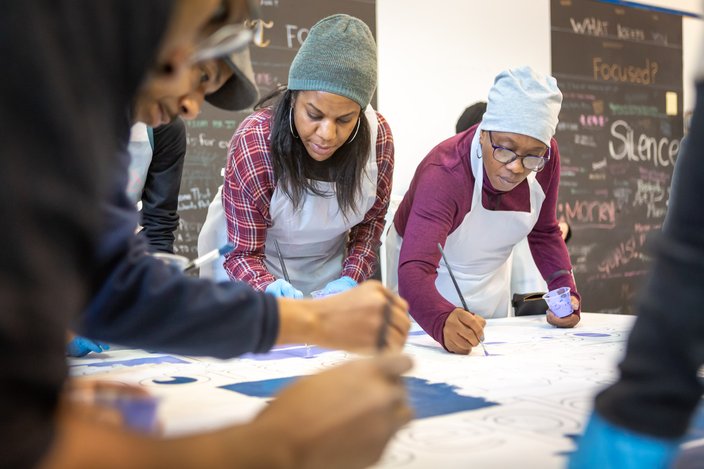 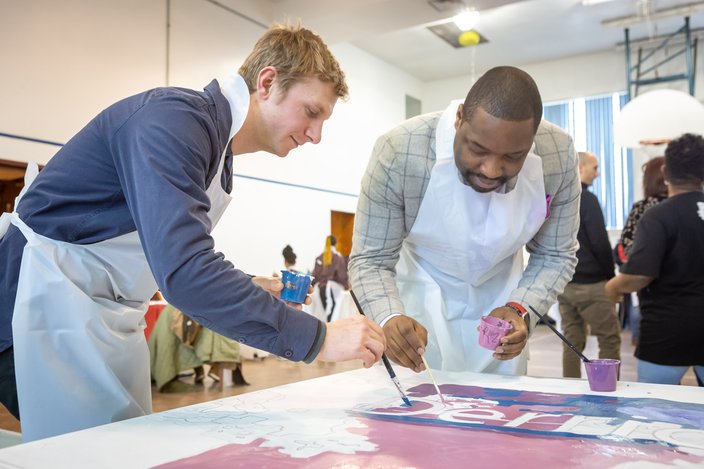