Fans were seeing double outside the Philadelphia Museum of Art 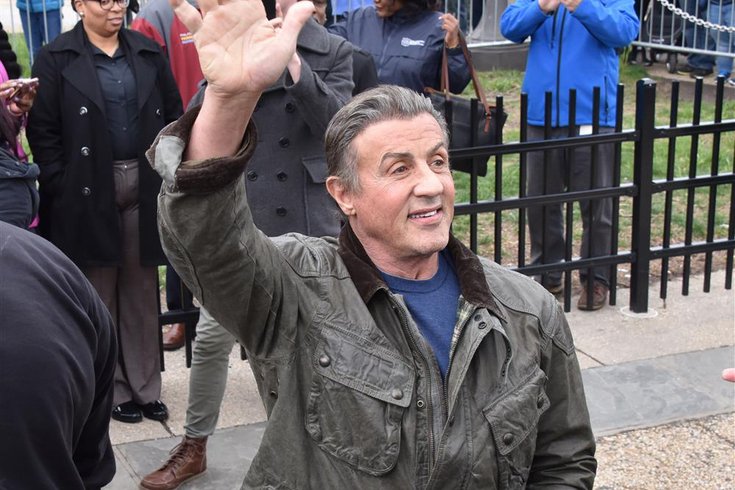 Sylvester Stallone waves to crowd near the Rocky Statue outside the Philadelphia Museum of Art, Friday, April 6, 2018.

Sylvester Stallone surprised fans Friday morning when he played tourist and paid a visit to the statue immortalizing the “Rocky” character he created and played in the eponymous film series.

The actor/writer/director is in town shooting scenes for his new movie, “Creed II,” which is scheduled for a November release date.

Crowds of people gathered around the iconic statue to catch a glimpse of Stallone, who posed for dozens of photographs, shook hands with fans and greeted Mayor Jim Kenney. Local Stallone impersonator Mike Kunda even got in on the action, and tourists and locals might've thought they were seeing double. 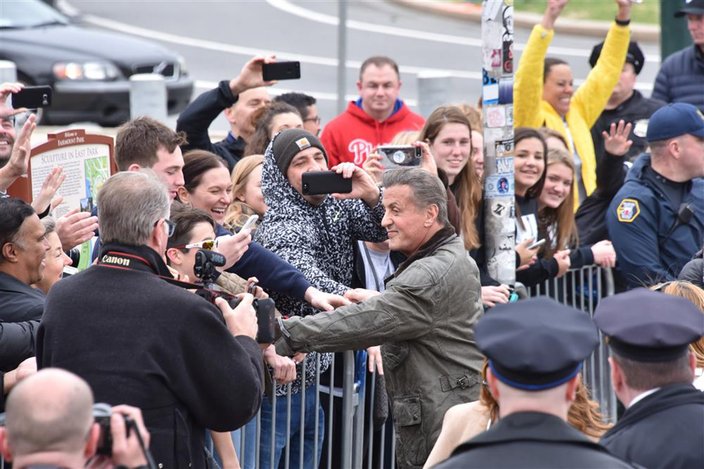 Sylvester Stallone greets a crowd at the Rocky Statue near the Philadelphia Museum of Art, Friday, April 6, 2018. 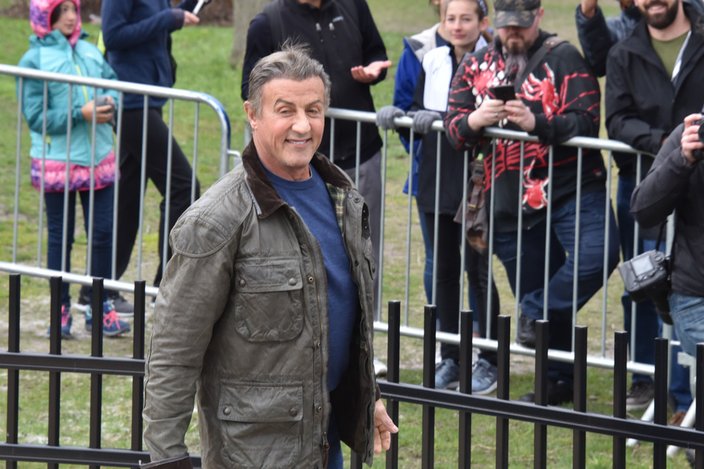 Sylvester Stallone visited the Rocky Statue at the Philadelphia Museum of Art and was greeted by a crowd, Friday, April 6, 2018. 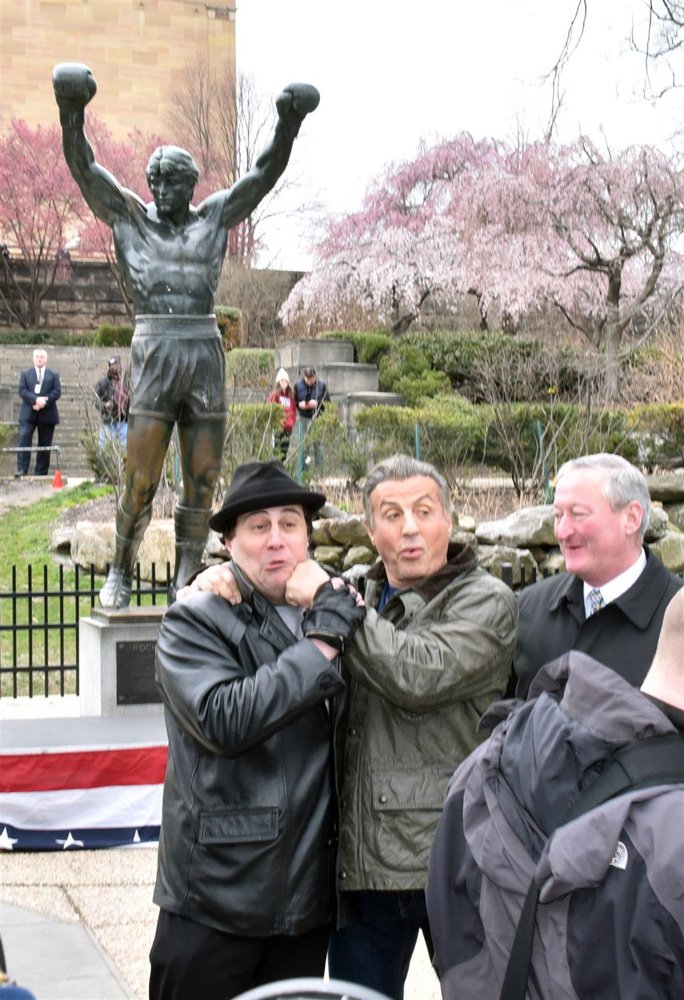