Physical and mental milestones to watch for in your toddler 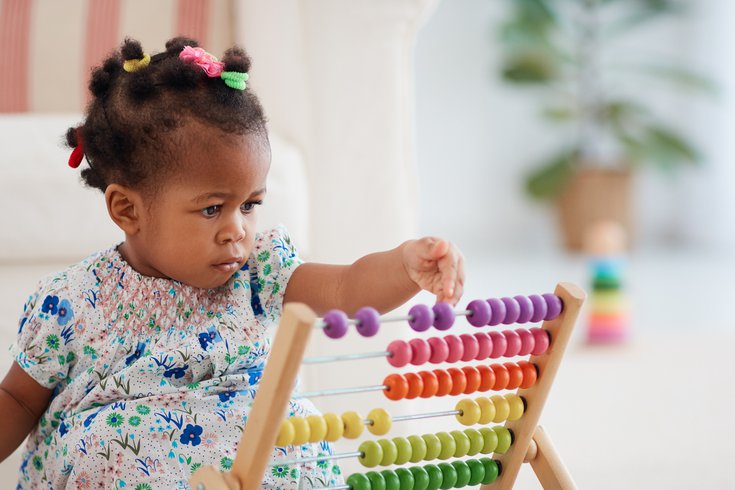 For the first year of your child’s life, it can feel like there’s a new leap forward every day. As they become a toddler (between 1 and 3 years old), growth begins to slow, but there are still significant milestones intellectually, emotionally, and socially.

If your child is in this exciting phase of young life, here’s what to watch for and expect as they head towards their preschool years:

As your child is entering toddlerhood, they should have already demonstrated some important skills. Mentally, a toddler should be able to recognize their parents and give them a special name like “mama,” wave goodbye, understand the word “no,” play basic games, and be able to look for things they see someone hide.

Physically, a one-year-old can pull themselves up to stand and should be able to walk while holding on to things. They are also able to drink from a cup with some help and pick up small things such as pieces of food.

As a one-year-old, your toddler will start to communicate more clearly. At 15 months, toddlers can usually point and ask for things, look at objects when they’re named, and follow directions when they’re given using both words and gestures (with the need for gestures disappearing by 18 months). Language also increases with 1 - 2 words in addition to “mama” and “dada” at 15 months and 3 or more words by 18 months.

Mental milestones include showing affection for people and things and showing excitement. By 18 months, this will include pointing to things they like, and moving away from you while keeping an eye on you. They will also start engaging more, including copying the play of other children, and eventually copying the way you do things, (such as chores), helping to get dressed themselves, washing their hands, stacking blocks, and playing with toys.

Physically, you’ll see significant progress in walking from a few steps at 15 months to being able to walk on their own and climb off a chair. Motor control also increases so the toddler can use their fingers to feed themselves, scribble, and drink from a cup with a lid.

Physical development includes the ability to jump with both feet and using their hands to twist things and turn book pages. They should also be able to eat with a spoon at 24 months and take off some clothes themselves at 30 months.

Mental progress during this period begins with using gestures, playing with multiple toys together, and noticing emotions in others. By 2.5 years, they’ll begin playing with other children, following routines, and showing off their abilities. You’ll also notice the beginning of problem-solving behaviors, such as pretending, using basic tools, following instructions, and knowing at least one color.

As your little one leaves toddlerhood at three years, they should be able to say their name when asked, have a basic conversation (including asking questions), and describe what’s happening in photos. Physically, they should be able to string things together (like macaroni or beads), put on some of their own clothes, use a fork, draw a circle, and avoid touching hot objects.

Children who are born premature may lag in reaching some of these milestones. It’s also important to note that all children are different and may reach certain milestones at different times. Remember, you know your toddler best and should contact their pediatrician if you are concerned in any way about your child’s physical or mental development.