We had an old fashioned pitcher’s duel for the getaway game on Sunday afternoon in Pittsburgh between Cole Hamels and A.J. Burnett, who threw 16 combined shutout innings. For the second time this weekend, the Phillies and Pirates failed to score a run in nine innings. Hamels is 103rd in run support (2.71) out of 107 qualified pitchers in Major League Baseball.

It’s not a big surprise, but the Phillies’ offense is approaching new levels of terrible. They couldn’t score a run in 11 innings today, and Freddy Galvis’ throwing error proved costly as Jonathan Papelbon took the loss in his second inning of relief. Here’s what I saw:

1. Hamels got a couple of fairly lucky breaks (missed homer by a couple feet foul, missed double by a couple inches foul), but that’s both nitpicking and also the only “negative” you can take away from his performance. He was absurdly good in bouncing back from a rare rough outing in Cincinnati earlier in the week. 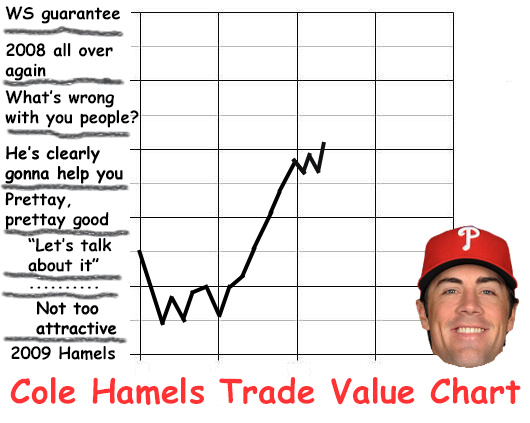 1. The Pirates’ outfield defense has been excellent in this series, robbing the Phillies of extra bases on multiple occasions. The latest examples? Andrew McCutchen jumping over the ketchup bottle in center field to take away at least a double (and RBI) from Ryan Howard in the first inning. And later in the game, Sean Rodriguez went full extension on a diving catch on what looked like at least a double into the corner for Freddy Galvis.

2. Jeff Francoeur had a two-hit day and the Frenchy Sr. Cam that CSN has placed heavy emphasis on this weekend was back in business! 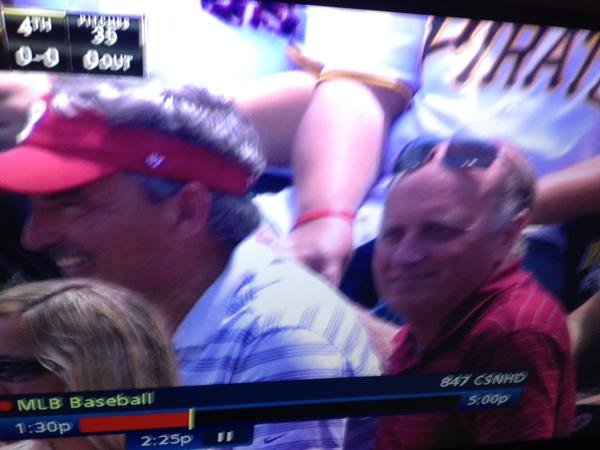 3. Besides Francoeur, the rest of the Phillies lineup got flat-out dominated by Burnett. In nine innings, the other eight spots in the order managed three hits and one walk. In his 2015 Phillies debut, Domonic Brown went 0-4 and didn’t hit the ball particularly hard.

1. There were no outbursts from Ken Giles today, but his slider looked pretty darn good in striking out McCutchen and Jung-Ho Kang. The broadcast made a point of showing Ryne Sandberg congratulating him in the dugout afterward.

2. I’m not too concerned about Papelbon. He was in a weird spot (tie game, second inning of relief) and would’ve been out of trouble if his defense made the plays they should make behind him.

1. Fair is fair, I guess. The same inning that he robbed Howard of at least a double, McCutchen saw Ben Revere do the exact same to him at the wall in center field.

2. Another throwing error by Galvis on “a makeable play” cost the Phillies in the 11th inning. Jose Tabata runs pretty well, but you obviously can't airmail the throw there.

The Phillies will make a short trip from Western PA to Baltimore for the first leg of a four-game home-and-home series with the Orioles on Monday. Aaron Harang (4-7, 3.04 ERA), who has come back to Earth a little bit recently, will take on Wei-Yin Chen (2-4, 3.21 ERA). First pitch is scheduled for 7:05 p.m. at Camden Yards.