'The BOX,' written by a formerly incarcerated playwright, will be shown Aug. 13-14 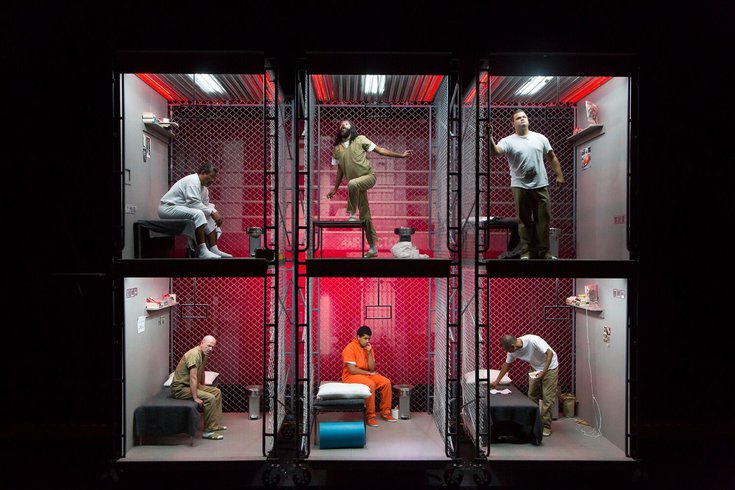 "The BOX," an immersive play detailing the horrors of solitary confinement, is coming to Eastern State Penitentiary on August 13-14 as part of the 10-city The End of Isolation Tour.

An immersive play detailing the horrors of solitary confinement is coming to Eastern State Penitentiary on Saturday, Aug. 13, and Sunday, Aug. 14.

"The BOX" is a piece of transformative theater inspired by true events, with hopes of bringing awareness to the harsh realities of correctional institutions across the United States.

Sarah Shourd, who was held in solitary confinement for more than 400 days as a political prisoner in Iran, wrote and directed the play. Once she discovered the prevalence of solitary confinement in the U.S., she collaborated with other survivors to bring the project to life. Multiple cast and crew members were formerly incarcerated as well.

The play comes to Eastern State Penitentiary, a prison-turned-historic site in Philadelphia, as part of the 10-city nationwide The End of Isolation Tour.

"We're thrilled to host 'The BOX' at Eastern State Penitentiary," Sean Kelley, Eastern State's Senior Vice President, Director of Interpretation, said in a press release. "We are always looking for new ways to connect the history of American prisons to the reality of incarceration today."

According to its website, The End of Isolation Tour aims to bring immersive theater to communities across the U.S. to imagine a world without prisons and the horrors of solitary confinement.

"The BOX" is a piece of transformational theater that asks us to re-examine long-held notions of punishment and solitary confinement. Get tickets for all 10 locations at https://t.co/Bi3qnK3u2n
Follow the tour @endofisolation#CareNotCages#EndSolitaryConfinement pic.twitter.com/6GuGPOMdAA

"The BOX" first premiered in 2016, and has played to sold-out audiences in locations such as Alcatraz Island off the coast of San Francisco. It has been reimagined as a traveling show for the COVID-19 era.

Both Eastern State Penitentiary shows begin at 7 p.m., and tickets can be purchased online.

The BOX: The End of Isolation Tour