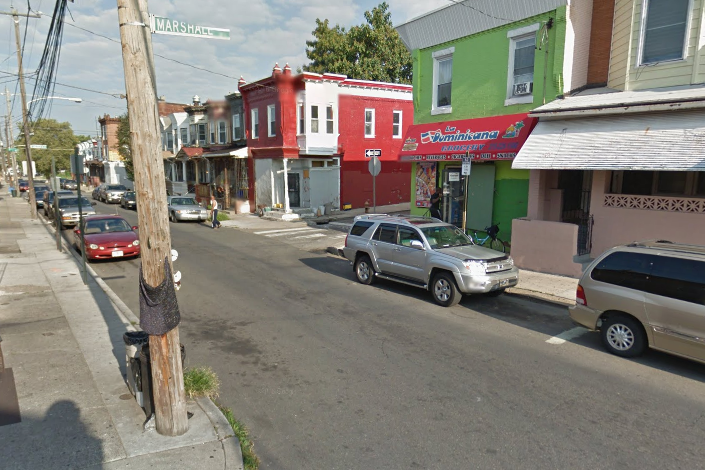 View from the 3000 block of North Marshall Street in the Fairhill section of North Philadelphia.

A triple shooting in the Fairhill section of North Philadelphia left two men and a 12-year-old girl wounded, according to media reports.

The shooting occurred Tuesday around 6:25 p.m. on the 3000 block of North Marshall Street, NBC10 reports.

The girl was walking out of a corner store when she was struck in the leg by a bullet. She was transported to St. Christopher Hospital where she is in stable condition.

The 31-year-old victim was shot in the ankle and is listed in stable condition at Temple University Hospital.

The 21-year-old was hit in the neck. He was also rushed to Temple where he is in critical condition.

No arrests have been made, but a weapon was recovered from the scene.