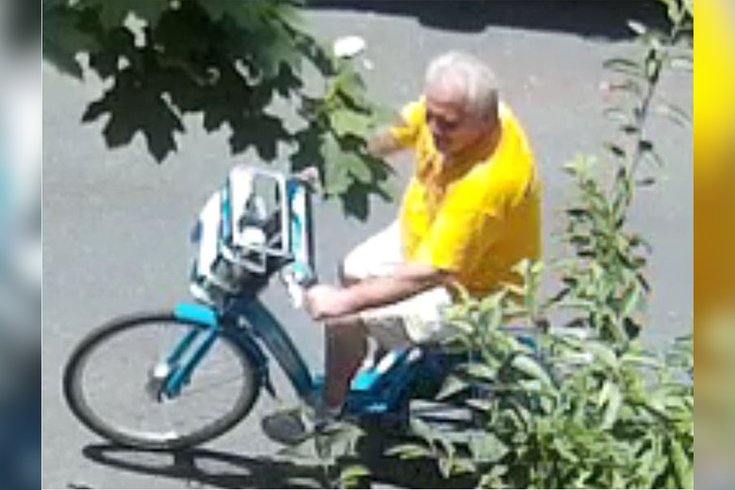 Philadelphia police say the man pictured above riding an Indego bikeshare bicycle stole a package delivered by UPS to a home on the 500 block of South 26th Street on Thursday, June 30, 2016.

A man pedaling down a street on a rented bicycle allegedly seized an opportunity to commit a theft, according to the Philadelphia Police Department.

The brazen theft occurred June 30 around 3:15 p.m. on the 500 block of South 26th Street in the Schuylkill section of Center City.

Surveillance video captured the man riding by on a blue and white Indego bikeshare bicycle before returning and stopping in front of a residence. The man opens the home's storm door, takes a UPS package and flees the area with the box in the bike's basket.

The suspect is described as a heavy-set man in his late 50s with gray hair. He was last seen wearing a yellow T-shirt and tan shorts.