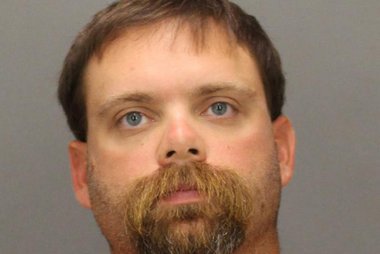 A New Jersey man who worked as a school contractor has been arrested for allegedly exchanging child pornography with middle school students.

Monroe Township Police announced Friday that Michael Mostovlyan, 32, of Clementon, has been charged with two counts of endangering the welfare of a child.

Mostovlyan did maintenance work for GCA Services Group, an Ohio-based company that contracts employees for the Monroe Township School District.

He was arrested Thursday on the grounds of Whitehall Elementary School without incident.

An official for GCA said in a statement to NJ.com that Mostovlyan's background check did not find any potential problems, adding that the safety of students and the school community was the company's top priority.

The official also said Mostovlyan no longer works for the company.

Mostovlyan has been lodged at Salem County Correctional Facility in lieu of $200,000 bail.

Police are reminding parents to have conversations with their children about safety on social media as a result of Mostovlyan's arrest.