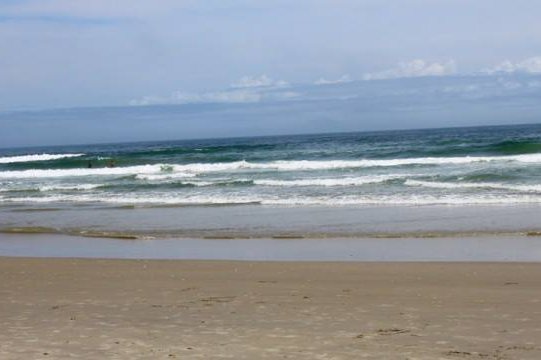 A 35-year-old man from Middletown, Pennsylvania drowned after he went missing in the ocean in Wildwood for two hours on Sunday. Surfers found the man's body floating in the water at Rambler Avenue Beach in Wildwood Crest.

A 35-year-old man from Pennsylvania drowned at a beach in Wildwood on Sunday, the Wildwood Police Department announced.

Police said surfers at Rambler Road Beach in Wildwood Crest found the man's body floating in the water around 2:50 p.m.

About two hours earlier, lifeguards with the Wildwood Beach Patrol had gone into the water after several swimmers who were in distress. Once they returned to shore, they realized the man was missing.

Police, fire and beach patrol members from the Wildwoods searched for the man with help from New Jersey State Police and the United States Coast Guard, officials said.

After the surfers saw the man, Wildwood Crest lifeguards retrieved the man and performed life-saving measures until Wildwood Crest Rescue personnel arrived and took him to Cape Regional Medical Center, where he was pronounced dead, police said.

Officials said the man was from Middletown. His identity has not been released, and authorities are in the process of notifying his family, police said.

The incident marks the latest in a long list of drownings at the Jersey Shore this summer, which officials have attributed to rougher-than-usual surf throughout the season.

Three people have died in Atlantic City this summer and two in Sea Isle City, according to The Press of Atlantic City. Firefighters and lifeguards also saved a man in Cape May last month.